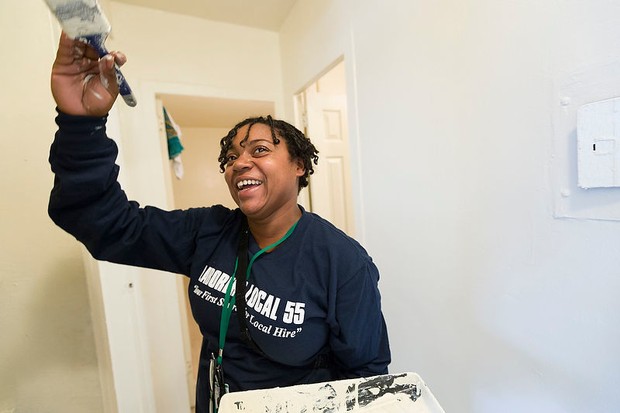 Instead of providing a single temporary extreme-weather City-supported shelter, Newark is moving forward to fund a group of shelters to operate year-round.

The new initiative will go into operation around November 1 ahead of chilly weather.

“The Sussex Ave. temporary emergency shelter officially closed on September 15. It had remained open through August, thanks to corporate financial assistance. The owner/operator of the shelter then agreed to keep it open for an additional two weeks in September, at no cost to the City to provide more time to find housing opportunities for the residents.

The Department of Health and Community Wellness, the County, Mental Health Association, Newark Housing Authority, Comprehensive Emergency Assistance System/Continuum of Care Committee (CEAS/CoC) have been working together tirelessly to relocate and shelter the approximately 194 residents who had been at the shelter as of the last weekend in August. 30% of those residents have not returned to the shelter since the shelter officially closed on August 31st.  About 19% have been reassigned to other shelters with more than a third physically relocated. The remainder are in transition to other shelters, and 5 residents remained at 224 after refusing to be reassigned. 5% of residents (9) are moving towards permanent housing through vouchers, employment and/or financial assistance and 46% of residents have no viable housing identified at this time.

Six residents of the shelter were connected to construction employment through the Newark Housing Authority and Laborers Local 55. The program provides a competitive hourly rate of $22 ph as well as public housing through NHA (with 6 months of transitional support for rent). 14 residents of the shelter with severe mental health illness have been connected to permanent supportive housing vouchers through the NJ Division of Consumer Affairs (DCA).

The City of Newark has received 10 applications from existing shelters in response to its Emergency Shelter RFP.  The applications will go through an internal review and scoring process, with contracts scheduled to start on November 1.  Through this RFP, the City will pay for homeless individuals who are seeking shelter but do not qualify for assistance through traditional sources like public assistance, housing vouchers, etc. Funding will be used to pay for bed nights at shelters who responded to the RFP, to ensure all homeless individuals have the opportunity to access shelter year-round, especially during code blue and code red weather.”