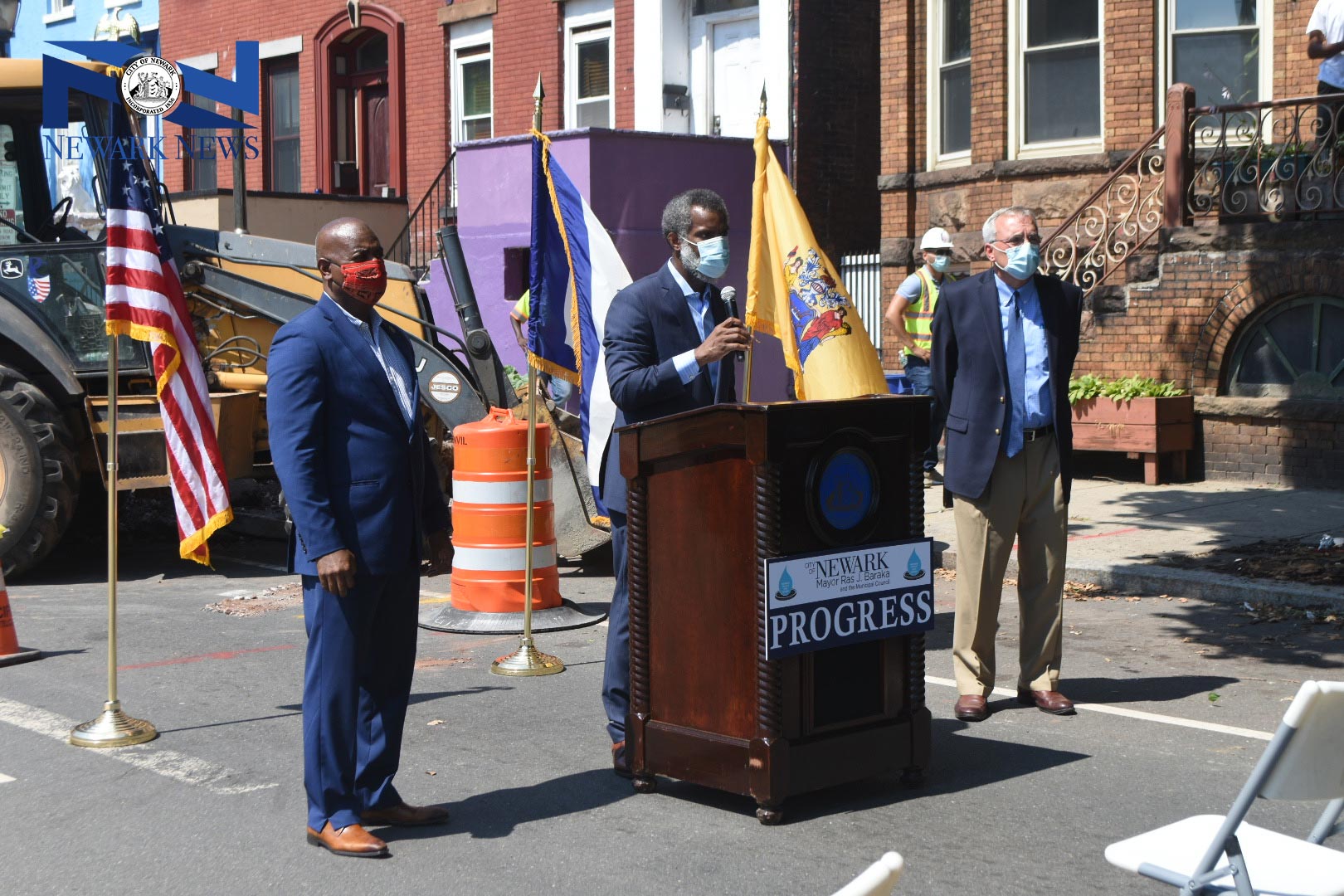 Newark,NJ – July 2, 2020 — The City is celebrating a new milestone in its three-year plan to eliminate all trace levels of lead in its water, as the latest round of testing shows levels have dropped to 14.1 parts per billion, below the federal government’s acceptable benchmark of 15 parts per billion.

“This is one of the moments we’ve been working toward, a moment when we can say our water is in compliance, where the facts speak for themselves,” said Mayor Ras J. Baraka, who, with Water and Sewer Director Kareem Adeem announced the findings at a press conference this morning.

"These results prove the City of Newark is committed to delivering the purest water possible to our residents and the people of surrounding towns who consume our water,” Mayor Baraka said.

The Mayor added he “was very proud of the work done by our Water and Sewer Department, and our scientists who studied the problem, found a solution, and put that solution into practice.”

Trace levels of lead in some City water began to rise in 2017 and the City, alongwith state and federal environmental officials began the complicated process of identifying the cause, while notifying residents of the problem.

In addition to extensive chemical testing, which proved the source of the contamination did not come from Newark’s pristine water reservoirs, the City sent a lead serve line sample to the federal Environmental Protection Agency.When the EPA concluded the corrosion systems from the Pequannock water treatment plant had begun to falter, the City immediately began the process of handing out 40,000 filters with instructions and personal education on maintenance and installation. Those filters proved to be 99 percent effective when used and maintained properly.

The lead service lines in question were used to carry water from City water mains to small buildings and private homes built prior to 1953, when the City banned their use, 30 years before the federal government. Large apartment houses, office buildings and institutions were not impacted, nor were buildings constructed in the last 67 years or in the half of the City serviced by the Wanaque system.

“The overblown media hype of ‘Newark’s lead crisis’ and ‘poisoned water’ was profoundly misleading and damaging to the City,” said Mark Di Ionno, who covered the story for The Star-Ledger and is now the City of Newark's senior press secretary. “We continue to battle the false narrative some media and other self-interested parties cling to. The real story here is that Newark is a model city for trace lead level abatement, with the nation’s fastest and most ambitious infrastructure project to eradicate the problem.”

With the filters handed out, the City set out to replace all18,720 lead service lines in the City last spring while introducing a new anti-corrosion chemical called orthophosphate into the water system.

“It takes a little time for the chemical to effectively coat the lead service lines,” said Director Adeem. “When we introduced the orthophosphate last May, we figured it would take about a year to bring ourtrace lead levels back into compliance. So, while we are very happy with the new results, we were fully confident the new corrosion control would work.”

Last December, water samples showed a 74 percent drop in tracelead levels to an average of 17.3 ppb, just a shade above acceptable levels,after seven months of the new corrosion control.

“I knew then we were on our way,” Director Adeem said.

Meanwhile, the City has replaced nearly 13,000 of the 18,720 lead service lines, as crews continue to work through the COVID-19 pandemic,replacing about 75 lines a day.

“The long-term solution, of course, is the replacement of all Citylead lines, and we are far ahead of schedule in that project,” Mayor Baraka said. “Once that is completed, we anticipate seeing numbers closer to zero, the same as bottled water.”

Director Adeem said the new results were attainable because the community cooperated with the City by using home filters properly, allowing workers quick access to their homes for lead line replacement and showing"patience" through the process.

“It’s always important when we enjoy these successes to thank the residents,” Director Adeem said. “They have been patient, cooperative and worked with us to solve this situation as a community.”