The Letter The Star-Ledger Refused to Run 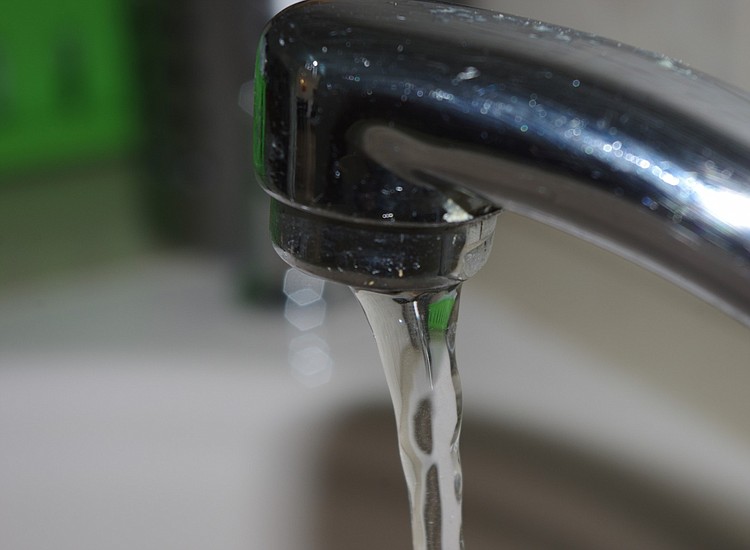 Before addressing the omissions in the body of the editorial, it is imperative you address the libelous headline that says Mayor Baraka and Governor Murphy “are hiding the hazard.” It is a false and misleading statement and a blatant disregard of facts that have been presented in court. In fact, Mayor Baraka is leading the nation in taking aggressive, affirmative steps to eradicate lead in Newark’s water.

From the start, the NDRC has sought to position itself as the white knight of Newark’s water situation, suing in federal court when the city rejected its demand to oversee Newark’s lead mitigation program.

In the editorial, Moran urges Gov. Phil Murphy and Newark Mayor Ras Baraka to settle the lawsuit if they “want to get serious about” solving the lead-level problem. He cites the NRDC “blueprint” and “detailed protocol” Flint, Mich., authorities accepted when the NRDC sued that city over their lead contamination problem. Moran and the NRDC seem to believe Newark needs a savior, despite overwhelming evidence that Newark is doing just fine saving itself.

Moran mentions the $120 million program to replace all lead service lines in the city, but neglected to report that 4,187 of the 18,720 have already been replaced. The city is replacing 85 a day, on target to finish the job in 27 months, making it the most ambitious lead-line replacement in the nation. And all with city financing. If that’s not evidence of getting serious, what is?

Moran writes “we don’t know if the (replacement) work is being done properly” and that in Flint, contractors followed a “detailed protocol” as part of the NRDC settlement.

A Google check would have shown Newark’s project manager, CDM Smith, is a 70-year-old international company which developed the very first federal Environmental Protection Agency (EPA) guidelines for construction and operation American water pollution control plants, worked on Superfund cleanups for 40 years and did the assessment of the extensive water systems damaged by Hurricane Katrina, among many other monstrous infrastructure jobs around the world.  To insinuate CDM Smith cannot be trusted to do the work properly without NRDC oversight shows real ignorance of the company’s professional standards and evidence that the columnist is doing the NRDC’s bidding. To not get a comment from CDM Smith about how “we know” the work is being done properly violates rules of journalistic fairness.

Moran says Murphy and Baraka deceived the public and “underplayed the danger of Newark’s water crisis” over EPA and state Department of Environmental Protection (DEP) reports on filter testing. The preliminary report released in September showed 99 percent of filters of the 38,000 filters handed-out by the city were effective in reducing lead to below federal standards, and 97 percent worked even when not flushed properly. The final report said 25 percent of the filters tested were disqualified because they were not installed or operated properly.

Newark’s Interim Water and Sewer Director Kareem Adeem spoke to Moran last Thursday about why those filters may have been disqualified, saying the city tested all kinds of filters, not just those handed out by the city. Moran was also told the testing period was done while the city was handing out bottled water so some residents may not have bothered to properly change cartridges during that time. Nowhere in the editorial was Adeem quoted nor were the plausible explanations for the 25 percent of disqualified filters ever cited.

In addition, Moran was told by me that when the bottled water period ended based on the filter results, the city upped its education and installation program, demonstrating to residents how to install the filters and cartridges at every center where they were distributed, and holding numerous community meetings. The city also made people available to go into homes to test water and make sure filters were installed properly. Moran wrote “that’s not good enough,” and suggested Newark should follow the NRDC Flint model and go door-to-door. We argue that the NRDC does not have to hold our residents’ hands.

Perhaps worse, Moran accused the mayor and governor of “doctoring the results to hide the danger” a hysterical accusation bordering on libelous that ignores the fact that neither the mayor or governor had any control of the process, as it followed federal EPA guidelines.

The editorial is peppered with such inflammatory language. Of the 25 percent of filters disqualified, Moran writes, “that shocking revelation was contained in the fine print of a follow-up report the city released last month.” The fact is, the report was written and released not by the city but by the EPA, DEP and CDM Smith, which as stated, is a trusted source by the EPA.

I want to end this letter on a personal note. Before coming to work for the city, I was employed by The Star-Ledger from 1992 until last December, and I’ve been friends with Tom Moran almost as long. But I think the Star-Ledger/njadvancemedia has taken the NRDC self-serving and self-aggrandizing narrative of the Newark water situation hook, line and sinker, and tends to favor the NRDC’s version of the truth over any facts the city presents.

This Moran column shows how the media in general is stuck in the NRDC’s version of the past, with very little attention paid to the mobilization of construction crews who now, as stated, are replacing about 85 lines a day all over the city. Rather than another Flint, Newark is actually the model city for how to solve this national infrastructure problem. It is paying its own way.

Baraka has pushed for successful legislation to free federal and state money for lead line replacement, but probably won’t receive any of it because Newark’s project will be done before the funds become available. I’ve challenged several Star-Ledger/njadvancemedia columnist and reporters to tell those stories. So far, no takers. Nor has anyone written about the millions of dollars of improvements made to Newark’s water treatment facilities since 2014 under the Baraka Administration.

The timing of Moran’s editorial suggests the NRDC is desperately clawing to make itself relevant as Newark moves forward on many levels to tamp down lead levels with a new corrosion control system and replaces lead lines at a heightened pace. With the lawsuit pending, the NRDC wants to try its case in the media, and is finding willing partners in the press.

If you want more evidence of this news agency favoring the NRDC narrative, consider this:

One year ago, Mayor Baraka was going to hold a press conference giving his version of the facts against the NRDC’s aggressive and relentless narrative that the city purposely mislead the public about the lead levels. I was still a columnist at The Star-Ledger then, and the mayor gave me an exclusive interview the day before the press conference.  I gave him his say, which we used to call fairness and balance in journalism.

A new editor at njadvancemedia told me I was “undermining our reporting” by trying to give the other side the story, then questioned my journalistic ethics. If that wasn’t laughable enough, this guy, who had never met the mayor, looked me in the eye and pronounced “The mayor is liar.” He refused to run the column, the only time in my 40-year career I had a column spiked.

I resigned shortly after, not wanting to be part of the click-bait culture at njadvancemedia which produces blanket inflammatory headlines like the one on Moran’s column that said, “In Newark, governor and mayor are hiding the lead hazard,” regardless of the truth.