Ras in 60: A Personal Look at Mayor Ras J. Baraka Through the lens of his Ras in 60 Podcast 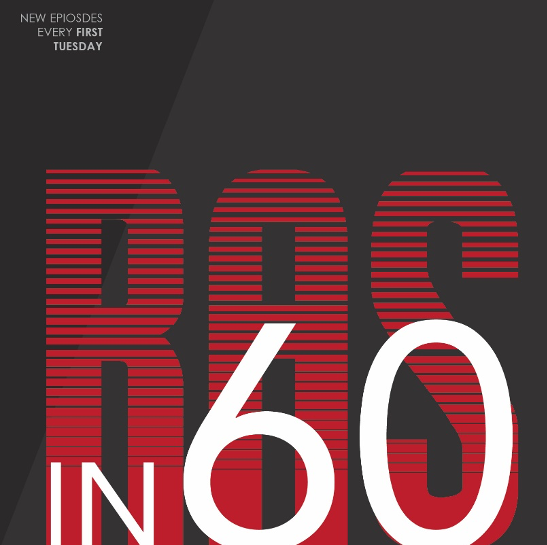 Get to know Mayor Ras J. Baraka through his podcast, Ras in 60. With a growing podcast community among politicians it is only fitting that Newark’s current Mayor, Ras J. Baraka tried his hand at it. In the spring of 2019 Mayor Baraka debuted ‘Ras in 60’. A podcast unlike the average politician. Consider Ras in 60 a glimpse at a more personal side of Mayor Baraka as well as his guests. In addition to getting to know the Mayor with each episode you will receive tidbits of how he feels about new developments and initiatives.

The introductory episode featured Mayor Baraka revealing what to expect during season 1. On each episode following there were guests ranging from popular trend setting principal Akbar Cook, MTV’s Sway Calloway, Newark Alliance CEO, Aisha Glover, Mars Wrigley President, Anton Vincent and the list goes on. Every show is released on the first Tuesday of each month.

It is not everyday your Mayor talks about Hip-Hop or his love of it. On Episode 2 of Ras in 60 featuring Principal Akbar Cook Mayor Baraka and Principal Cook exchanged lists of their top five Hip-Hop artists.

“…My all time [favorite hip hop artists] is going to be Erick B. and Rakim, that’s number one for me. Number two for me is Chuck D. from Public Enemy. I throw Nas in there… and EPMD…and KRS1”

“…I’m a hip hop head to my heart; all day. I remember when I was a teacher and I was playing Hip-Hop and one of the other teachers said to me ‘Why are you playing that music you trying to relate to young people?’ I said hip hop is 50 years old, it’s older than me.

Principal Cook responded with his top five Hip-Hop artists. “I’m still J. Cole and a Drake guy. But I love A. Boogie, and Fab is still there. I like the new but I’m an old school guy. I grew up on Big Daddy Kane, Erick B. and Rakim, Coogie Rap, you know the Juice Crew…”

Two Episodes later Mayor spoke about the very popular topic of Universal Basic Income. For those who might not know UBI is a program that if approved will guarantee a monthly check to every resident in the city, regardless of employment or current income. The goal is to provide a basic income that can help provide a level of financial security for residents. There were task force meetings taking place at the Newark Community Economic Development Center. These meetings served the purpose of exploring the idea of setting in place a Universal Basic Income program for Newark residents. The inspiration of MLK is revealed during this podcast conversation.

‘”… If you’re listening to the presidential election Andrew Yang is talking about UBI (Universal Basic Income)... Martin Luther King before he passed talked about guaranteed income for Americans. We are starting a pilot here in the City of Newark. We’re actually doing the background and preliminary stuff now…. To see what a guaranteed income would look like for Newarkers…”

On Episode 6 the Mayor talked about returning to his gym and with a touch of humor briefly mentions his newborn son, Jua Nyamekye Imamu Kofi Baraka.

Ras in 60 is the medium where Mayor Baraka is able to share personal facts such as his fitness goals, his current playlist, and the books he’s currently drawing inspiration from. Listening to the show reveals a side of Mayor Baraka most aren’t able to experience. Newark residents receive information on community happenings, meetings and they get a deep dive conversation with the ‘movers and shakers’ of Newark. Consider this 60-minute show an exclusive conversation with Mayor Baraka accompanied by guests with an association to Newark. Each guest that’s brought on has a connection to Newark and the two engage in conversation not only about Newark but as you can tell the topics can range from music to career and even childhood experiences.

If you’ve missed Season 1 take a listen by visiting soundcloud.com and searching Ras in 60. You can also listen to the first episode of Season 2 now featuring Newark’s new Arts and Cultural Affairs Director, fayemi shakur and Civil Engineer, Developer and Newark native Siree Morris. Follow the Ras in 60 podcast on Sound Cloud. Use the hashtag #Rasin60 to ask Mayor Baraka a questions and/or make a comment via on social media. Stay tuned for all new episodes premiering every first Tuesday of each month.