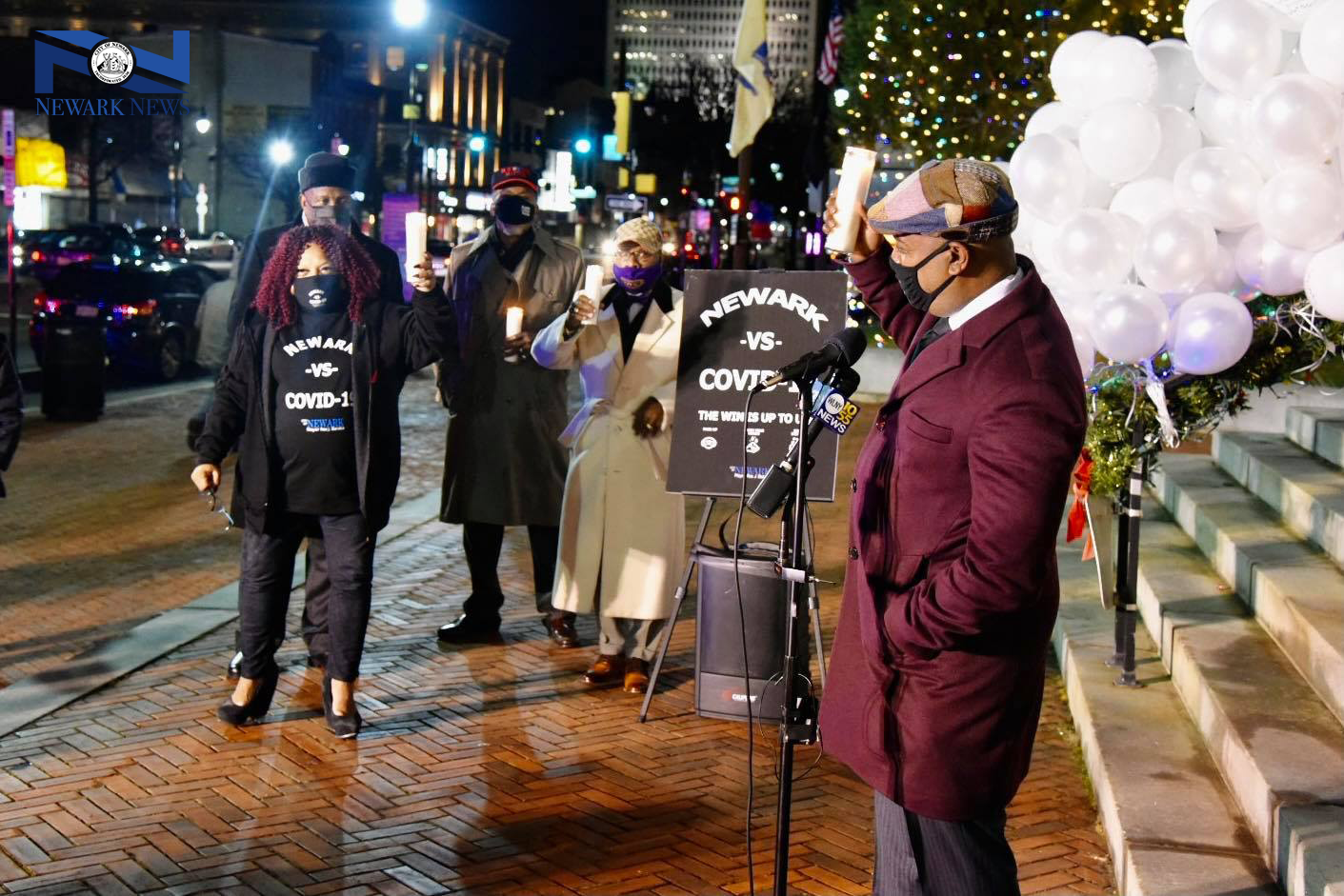 The cold and wind could not extinguish the warmth emanating from Mayor Ras J. Baraka and Rev. Louise Scott-Rountree as they led Newark’s Light to Remember Memorial on the steps of City Hall.

The City Hall ceremony was the hub of a City-wide memorial, in which residents were encouraged to light a candle at approximately 8 p.m. on Wednesday night, to honor COVID-19 victims and their families.

“We are here to remember the 761 people who transitioned and those who survived,” said Rev. Rountree, in introducing a man who lost four family members.

“Imagine waking up one morning and everybody in the family is gone,” Rev. Rountree said as Walter Andrews came to the microphone to tell how he lost his wife, daughter, father-in-law and brother in less than a two-week period.

Mayor Baraka acknowledged how lonely the process of losing loved one this year could be, as funeral services were kept to a minimum, if held at all.

“We think of all the sacrifices these people have made,” the Mayor said, “and we are here to pay our respects to the family members and say you are not alone.”

The Mayor closed by saying 2021 would be dedicated to the victims of 2020.

“As we walk into 2021 we will holler that we have won,” he said, “and that every new, incredible, wonderful, thing we do will be done in the name of the 761 people who have lost their lives as proof we are still here.”