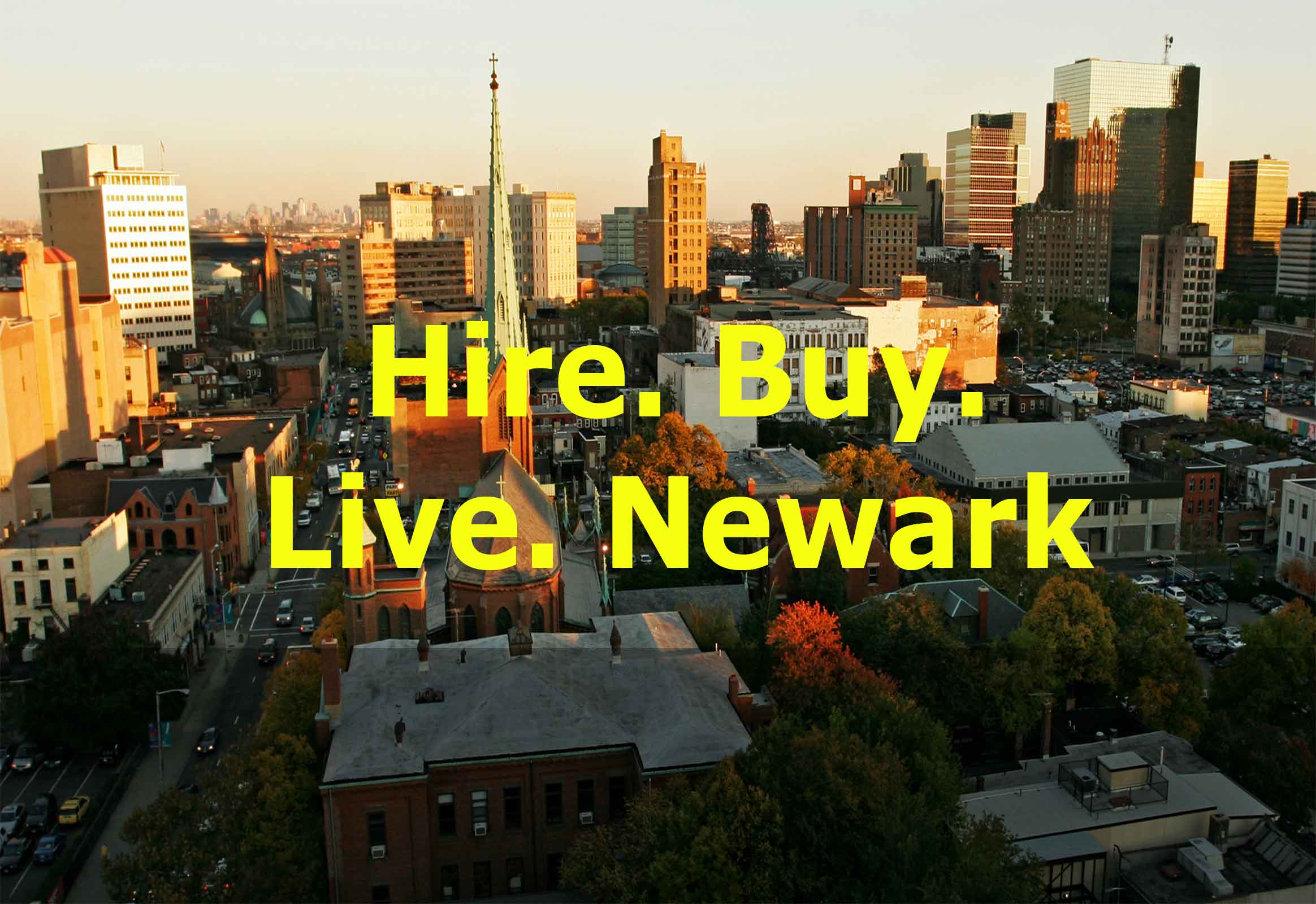 Mayor Ras J. Baraka was joined today by the City’s premiere corporate CEOs and leaders of social justice, community development, and educational institutions at a City Hall news conference as he announced a landmark initiative designed to strengthen the city's economy.

The groundbreaking partnership, Hire. Buy. Live. Newark, -- which was rolled out just a few weeks shy of the City’s 50th anniversary of the Newark rebellion -- is marked by three interrelated strategies: Newark 2020, which will connect 2020 of the city's unemployed to full-time living wage jobs by the year 2020; Buy Newark which will support the growth of local businesses and match them to the purchasing needs of other Newark businesses large and small; and, Live Newark which will attract more employees, faculty and students to live in the city and provide existing residents with additional rental and homeownership choices and incentives.

Hire. Buy. Live. Newark marks the first time that any US city has sought to transform its economy by combining employment, procurement, and residential strategies. It is led and coordinated by Mayor Baraka who brought the city's leading institutions to the table and created the vision for comprehensive economic development by combining the three strategies.

"Newark is in the midst of revitalization, combining a historic surge in commercial and housing development, investment, and technology with the greatest reduction in crime in a generation," said Mayor Baraka "Yet, unemployment is widespread and one-in-three residents live in poverty. We created Hire. Buy. Live. Newark to lift all Newarkers and ensure that ALL can benefit from the Newark renaissance."

Newark2020 is the Hire. Buy. Live initiative aimed at cutting unemployment. The partners are building a system that includes training and hiring pathways to the jobs identified as being available to Newark residents.

Only 18% of the jobs in Newark are held by city residents, a proportion much lower than most major cities. Newark 2020 aims to change that equation. It is a collaborative hiring strategy in which partners commit to identifying a set number of specific job slots over the course of the next four years that will need to be filled. The participants are building a system that includes training and hiring pathways to the jobs available to Newark residents.

Every unemployed and underemployed Newark resident is eligible to benefit from Newark2020.

For additional information on the collective effort to transform Newark, please visit: HireBuyLive.com.