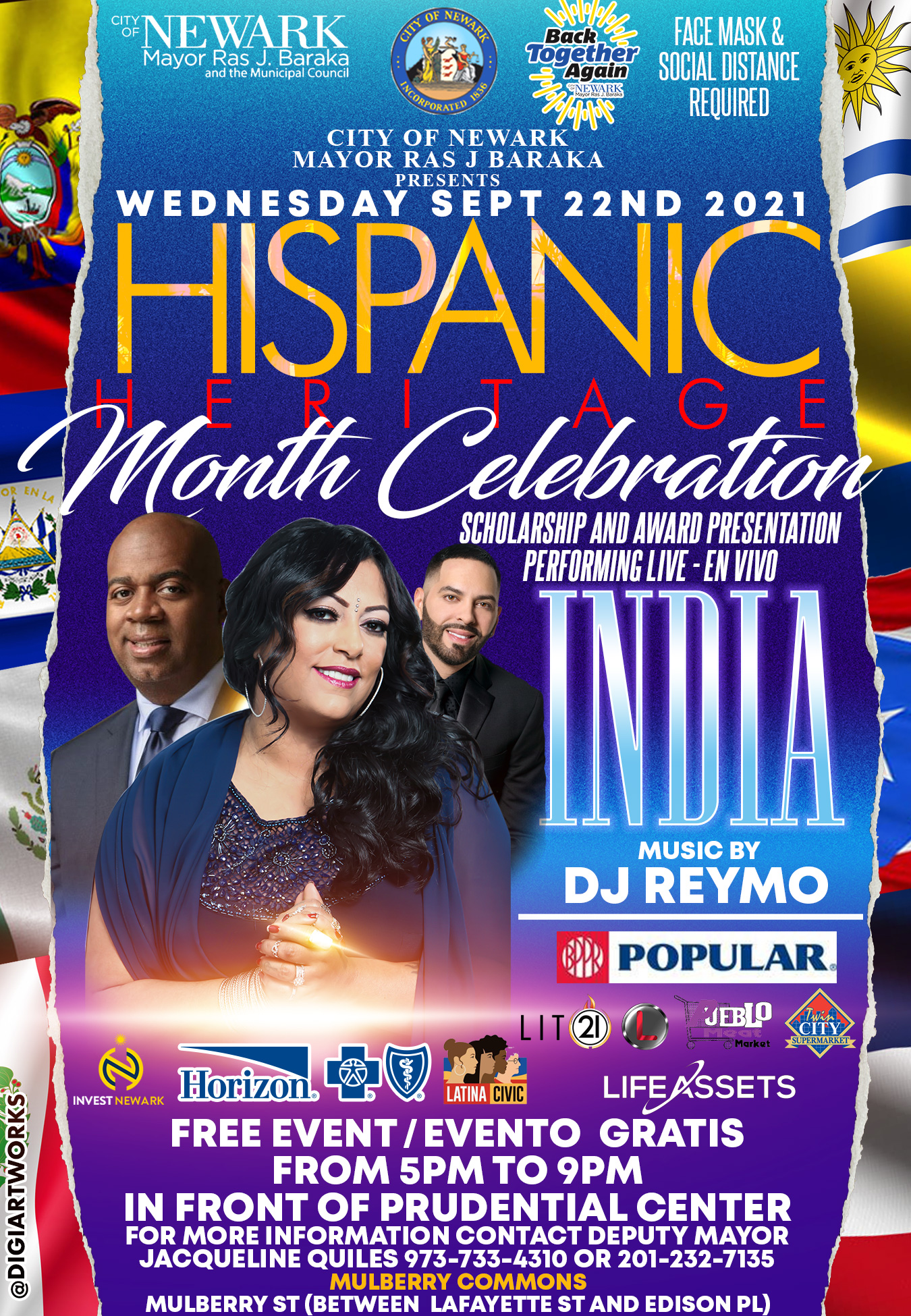 Newark, NJ - August 24, 2021 — Mayor Ras J. Baraka announced today that the City of Newark will host an array of events between September 15 and October 15, 2021, to observe Hispanic Heritage Month, including book giveaways, awards and scholarships events, and a free concert by Latin Grammy Award-winning singer India.

“Our Latino community has been one of Newark’s greatest strengths for decades,” Mayor Baraka said, “in business, statecraft, education, and the arts. Now that we are bringing Newark ‘Back Together Again,’ it is truly appropriate to celebrate Hispanic Heritage Month together.”

The schedule of events for Hispanic Heritage Month is as follows:

A Puerto Rican native who was raised in the South Bronx, India won the Latin Grammy Award for Best Salsa Album, “Intensamente con Canciones de Juan Gabriel,” cementing her title as “The Princess of Salsa.” She has also been nominated for five and won three Billboard Latin Music Awards, and performed sold-out concerts in San Juan, Miami, and Madison Square Garden.

Latina Civic Action is a 501c4 non-partisan civic action committee whose mission is to advance a policy agenda that invests and advocates on behalf of Latinas. We will support issues, causes, and leadership that works to ensure that Latinas thrive and achieve economic prosperity, equal representation in private and public sectors, and are a priority when advancing public policy and legislation.