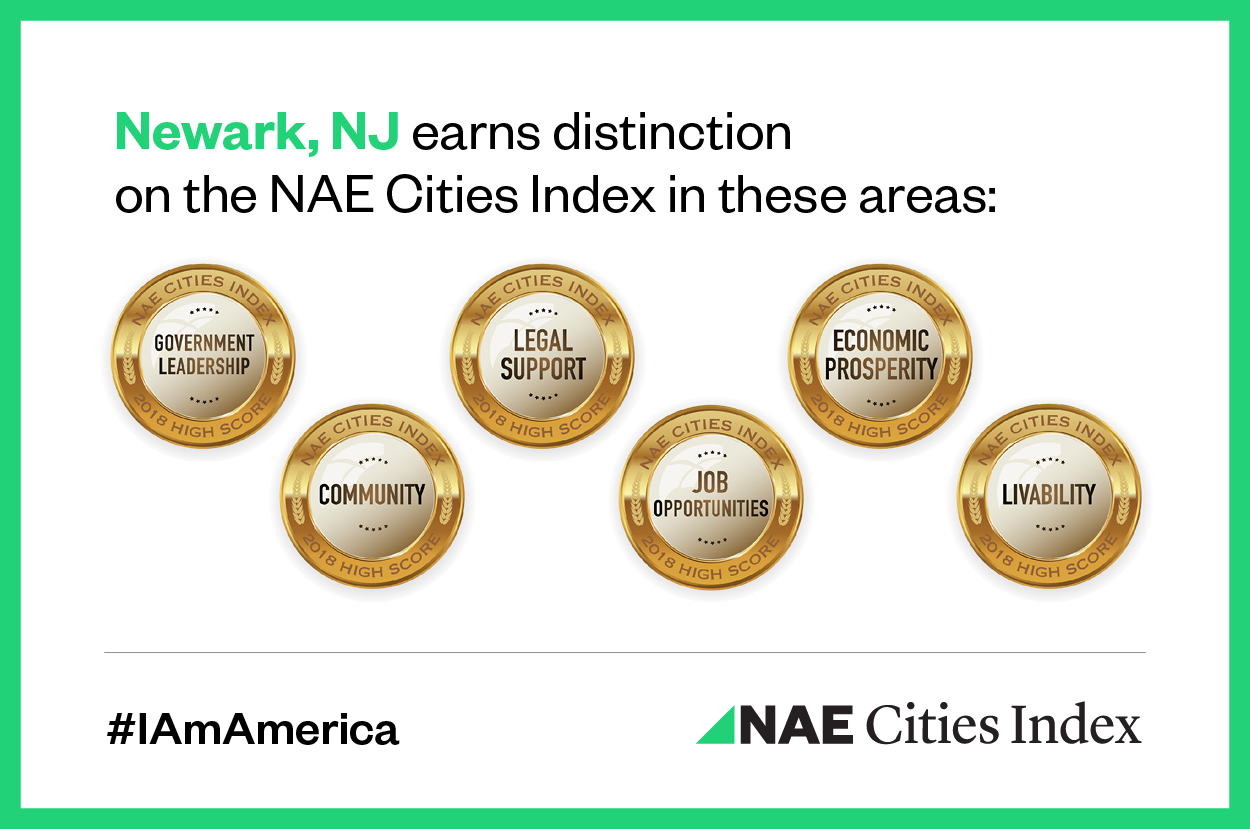 Mayor Ras Baraka announced today that Newark had made the top of the standings in the first-ever New American Economy (NAE) Cities Index.  Newark earned the foremost spot on the list for distinctions in several prominent areas, showcasing offerings for immigrants in one of the most diverse cities in the nation.

The announcement was made on Citizenship Day to highlight their standings in the first annual NAE Cities Index, a new national assessment of local integration policies and socioeconomic outcomes. Newark’s overall score, based on a wide array of socioeconomic and policy subjects, was 4.03 of a possible 5.

“This rating by New American Economy is recognition of everything our administration and its partners have done and continue to do to support and protect the lives and rights of all of our immigrants, documented or undocumented. We are privileged to receive this award, but see it not as the end of our efforts, but as a milestone in them. We have more work to do, and we will maintain our commitment to lead and define this moral cause. I thank New American Economy on behalf of the people of Newark with both humility and resolve,” said Mayor Baraka.

The top 25 cities in the Index are attracting larger shares of highly skilled immigrant and U.S.-born residents, making them more competitive for business and economic investment, are more likely to see greater job creation, benefit from greater equity between immigrants and the U.S.-born across key measures of quality of life, among other benefits according to the NAE.

The cities with the highest scores in the NAE Cities Index tended to fall into three different profiles:

Explore the NAE Cities Index and see how your city is doing here.

The NAE Cities Index scored each city based on 51 unique measures, including policies like language access and support for immigrant entrepreneurs, as well as socioeconomic outcomes like labor force participation and homeownership rates. Overall scores range from 1-5 (5 highest), and offered insight into how well cities are integrating newcomers. 2018 is the first year for the NAE Cities Index, which will be updated annually to track cities’ progress. Learn more about their methodology here.