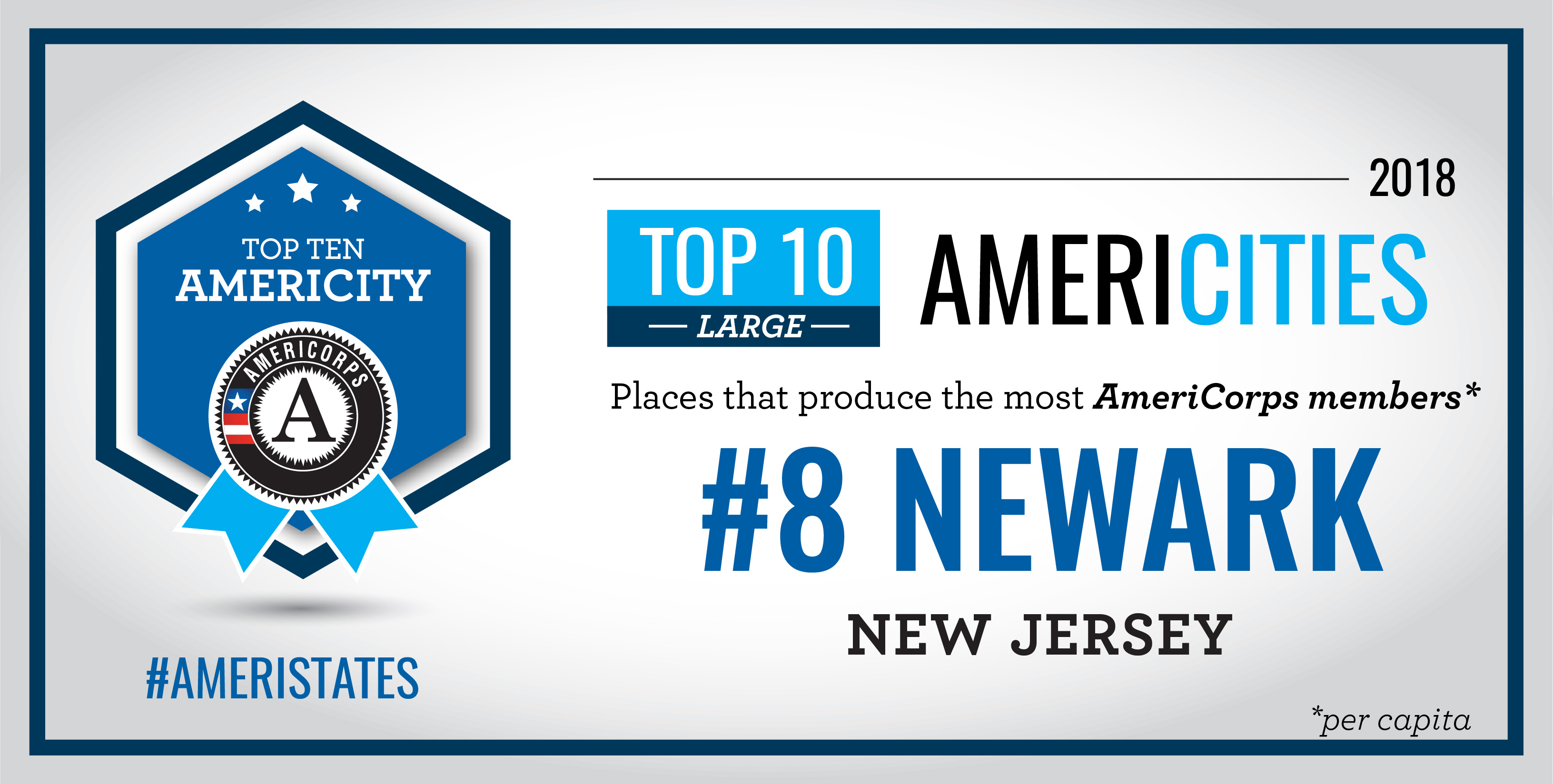 Since AmeriCorps was formed nearly 25 years ago, 2,300 residents of Newark have given more than 2.5 million hours of service to their country and received more than $5.8 million in scholarships. This year, CNCS will invest more than $4.3 million in national service projects in Newark, including funding for more than 400 AmeriCorps members. Newark residents provided support for seniors, taught reading to youth, and assisted at food banks across the city and region.

“Newark has a tradition of meeting challenges through resilience, strength, caring, unity, and above all, compassion and love for those who need it. The story of 2,300 Newark residents giving more than 2.5 million hours in service is one that needs to be told, and these are men and women who deserve recognition. They are truly Newark’s best, and inspire our entire city with their commitment. I salute them,” Mayor Baraka said.

In Newark, AmeriCorps this year mobilized 511 participants at 93 service locations, ranging from the Salvation Army’s Senior Companion Program to Rutgers University Jumpstart for Young Children, Inc., to FoodCorps New Jersey. In all, Newark participants received more than $1.68 million in scholarship funding for their work. An attached .pdf file gives a complete listing of participants and locations worked.

Every year, 75,000 AmeriCorps members serve through 21,600 schools, nonprofits, and community and faith-based organizations across the country. These citizens have played a critical role in the recovery of communities affected by Hurricanes Harvey, Irma, and Maria. They also tutor and mentor young people, connect veterans to jobs, care for seniors, reduce crime and revive cities, fight the opioid epidemic, and meet other critical needs.

Since 1994, AmeriCorps members have provided more than 1.4 billion hours of service and earned more than $3.6 billion in education scholarships, more than $1 billion of which has been used to pay back student debt. Those interested in joining AmeriCorps can learn more at AmeriCorps.gov/Join.

A growing body of research shows that service has an effect on more than just the communities served, but also on the members themselves. AmeriCorps alumni credit their year of service for developing leadership skills that bridges divides and solves problems, and opens doors to opportunities that advance their careers and education. In addition, research shows that alumni gain skills and are exposed to experiences that communities and employers find valuable.

Public, private, and nonprofit sector employers have demonstrated their commitment to hiring AmeriCorps alumni, signing on to be an Employer of National Service. Launched by CNCS in 2014, the initiative builds a talent pipeline connecting AmeriCorps and Peace Corps alumni with more than 500 leading employers including Disney; Farmers Insurance; MasterCard; United Way Worldwide; the City of Philadelphia, the State of Montana, and NASA.

About AmeriCorps
AmeriCorps is administered by the Corporation for National and Community Service, a federal agency that engages millions of Americans in service through AmeriCorps and Senior Corps, and leads the nation’s volunteering and service efforts. For more information, visitwww.NationalService.gov.