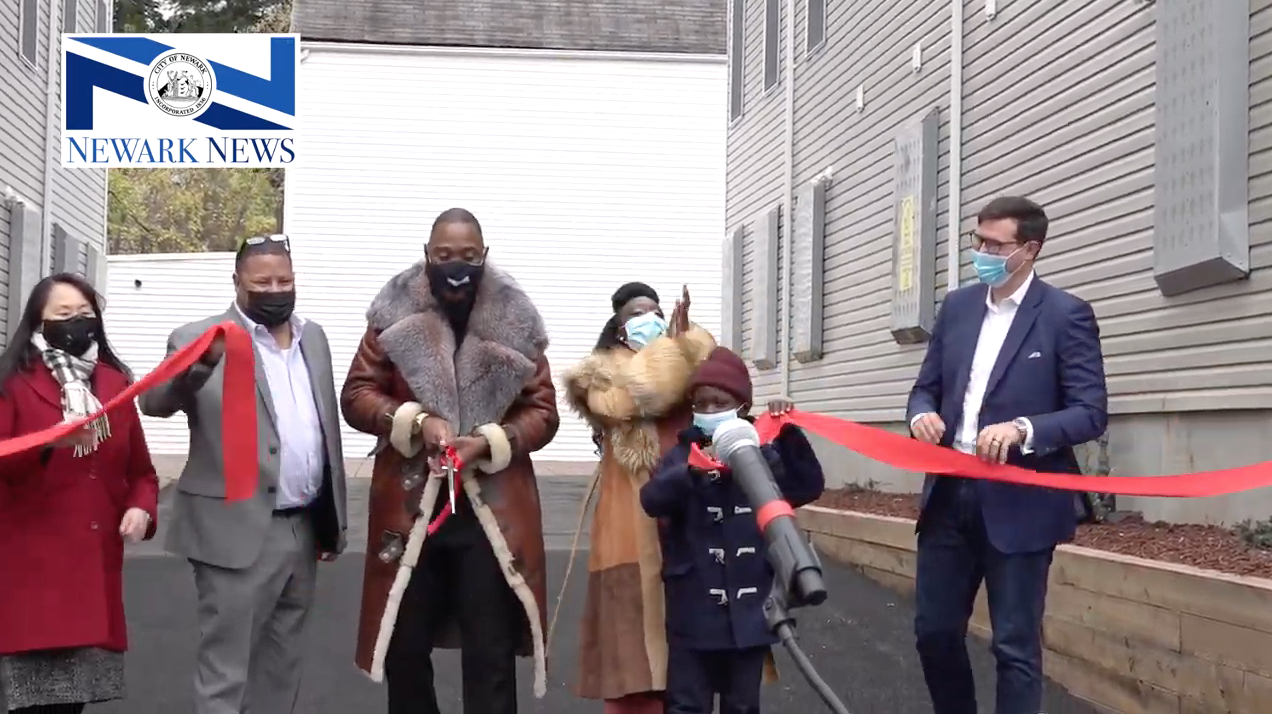 NEWARK – (Nov. 19, 2020) – In the very near future, the twin yellow buildings side-by-side called The Lofts at Avon will fulfill the dreams of six families seeking affordable. These families move into a rarity on the rental market – new three-bedroom apartments, large enough to accommodate either families with multiple children or multi-generational families.

These buildings also represent other dreams. First the dream of Mayor Ras J. Baraka, who wants to see precisely this kind of development on City-owned vacant lots throughout the wards.

“Affordable housing is a central issue and primary focus of my administration,” said Mayor Baraka. “Affordable development like the Lofts at Avon make the American dream of home ownership a reality for more Newark residents.”

The Tuesday ribbon cutting for two buildings, located at 400-402 and 404 Avon Avenue in the South Ward, also fulfilled another chapter in the dreams of developer Siree Morris, his wife, Ayana, and Ryan Curran their partner in Ascension Capital Partners.

“This is a very important milestone in my career,” Mr. Morris said before the ribbon cutting. “It is important for me to be an example for my community. I want us to act on the endless opportunities and influence that real estate affords. The only way to preserve our community is to own it.”

Mr. Morris is the kind of home-grown developer the Mayor hopes will rejuvenate some blocks of the City with new, attractive and affordable housing.

“Development outside of downtown will be driven by new developers such as Siree Morris, local residents dedicated to the rebirth of old neighborhoods working in partnership with Newark’s targeted low-cost land sales, and equipped with tools and knowledge learned through from our small contractor/developer initiatives,” said Allison Ladd, Deputy Mayor and Director of Economic and Housing Development.

Mr. Morris is a Newark native whose grandmother worked as a City Hall maintenance employee for more than 25 years, and a graduate of University High, where he was a standout student and McDonald’s All-American Basketball Player, coached by Mayor Baraka. Educated at Rutgers as a Civil Engineer, he chose to move back to his birthplace to use his expertise to develop affordable housing and job opportunities.

“The developer, Siree Morris, himself represents the American dream,” Mayor Baraka said. “He is a Newark native who has now returned to his birthplace to give back and pay it forward, to help us create a more equitable, collaborative, and empowered Newark.”