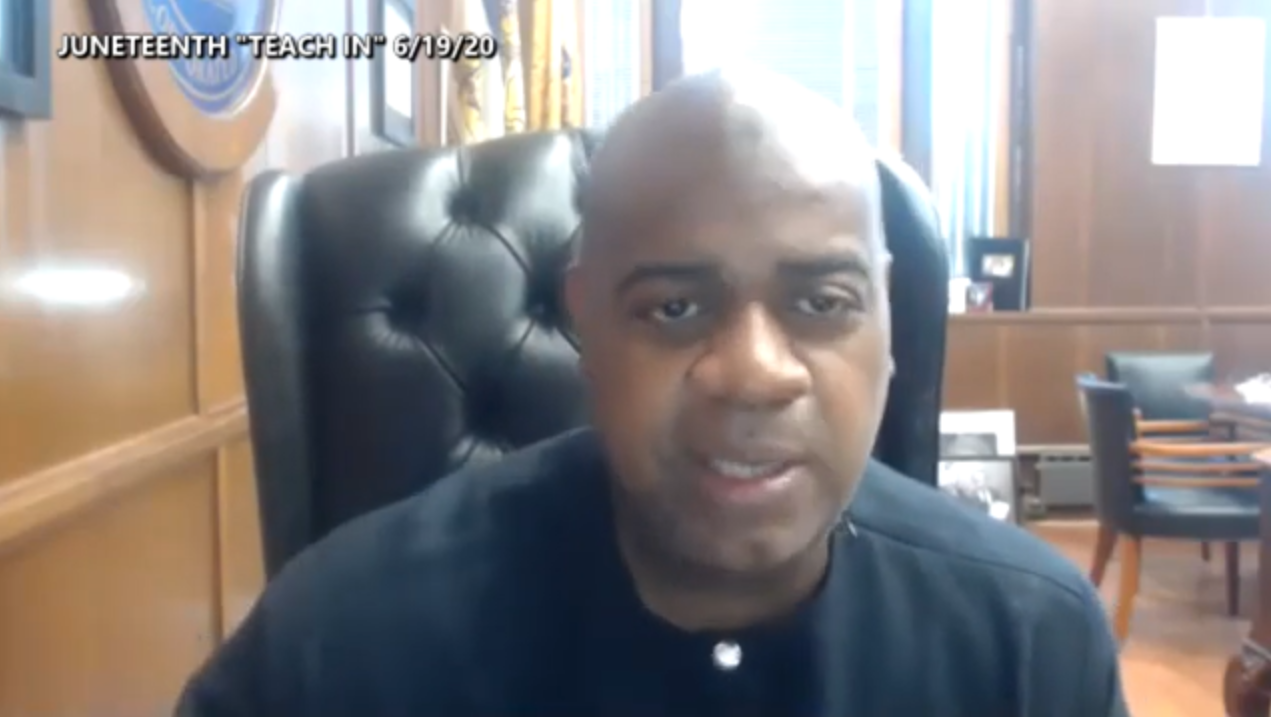 From here on in, Juneteenth will be a day of remembrance and education in the City, and Friday's event was a poetic and scholarly lesson aimed at City employees to better understand the contributions and hardships of African-Americans in United States history.

Mayor Ras. J Baraka, who signed an executive order Thursday to create an annual education-based celebration of Juneteenth, hosted a virtual “teach-in” that will be broadcast repeatedly on Channel 78. For the Mayor, an educational "Day On/Day Off" allowed them to spend part of their workday immersed in the significance of Juneteenth to give them a better understanding of four centuries of Black history in America and the continued fight for equaltiy moving forward.

The guests were a formidable line-up of national recognized Black History voices from the worlds of arts and academia.

Rutgers University-Newark Professor of African-American studies Dr. Melissa L.  Cooper began the webinar shedding light on the long view of the intellectual and cultural history of Black people in America.

She was followed by Sonia Sanchez, a leading figure in the Black Arts Movement, founded by Mayor Baraka’s father, the late Amiri Baraka, Sr., and a Robert Frost Medal winner, one of the highest awards in poetry, who launched into a ballad naming the names of writers, poets, activists and freedom fighters who shaped the struggle in the post-slavery days.

Finally, Junius Williams, named the official historian of Newark by Mayor Baraka, in 2018, gave the direct history of Juneteenth, the day when Texas slaves were finally told they were free, two years after President Abraham Lincoln signed the Emancipation Proclamation.

“’Juneteenth’ is one of the most important days in American history and it has never been made more significant than by the recent racism evidenced across the country. In Newark, we will use this … to learn, observe, honor and respect the day that defined freedom for millions and ended chattel slavery in the United States,” Mayor Baraka said in announcing the new executive order.

“Juneteenth” commemorates June 19, 1865, when Union Army General Gordon Granger read federal orders in the city of Galveston, Texas, declaring all slaves in that former Confederate state to be free. Since then, freemen in Texas and other states began celebrating “Juneteenth” every year and brought festivities with them as they migrated across the nation. Today’s celebrations across the country include lectures, exhibitions, picnics, rodeos, street fairs, cookouts, and family reunions. Due to this year’s COVID-19 issues, many of these events have been scaled back or are being held “virtually.”