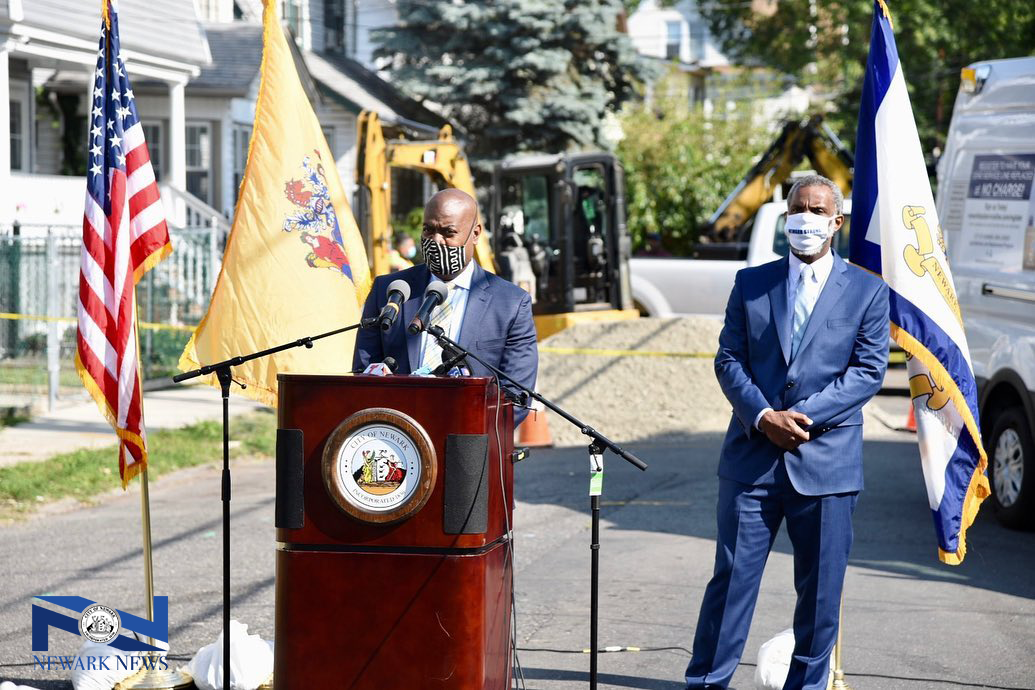 The Environmental Protection Agency announced the first major changes to the Lead and Copper Rule in 30 years, which are designed to reduce lead traces in drinking water.

EPA Administrator Andrew Wheeler said the new rules were a top priority to “accelerate reductions of lead in drinking water to better protect our children and communities.”

Newark residents and the surrounding municipal customers of the City’s water will be happy to know that Newark is already exceeding the new guidelines in several areas, including the most crucial: replacement of lead pipes.

The City, collectively, had the will to get this done as my administration, our water department, our volunteers, activists and residents, and our partners in county, state and federal government fully collaborated on the massive lead-line replacement program.   This program is unprecedented in its scope and efficiency, and is without cost to residents.

The message in all this is simple: the implementation of such ‘all-in’ joining of government forces and muscular civic will power can eradicate lead from drinking water, once and for all. National and state guidelines, though pragmatic, will not force local governments to act as swiftly, no matter how good the intent.

In other words, mayors and all government leaders whose constituents are threatened by high lead levels, must accept that they cannot rely on federal rules or money to fix the problem quickly and efficiently. We must be like the pioneers who know they are on their own, that the Calvary isn’t coming.

As of January 1, Newark has replaced 16,577 lead service lines and is projected to finish the job of replacing all 18,720 by early spring. That will be near the two-year anniversary of when the City broke the pavement to begin the project.

The proposed revised Lead and Copper Rule requires systems to replace their lead service lines over a minimum 33-year period, with opportunities to extend replacements out even further. Originally, the City’s plan was to replace all the lines over a 10-year period, which still would have still exceeded the EPA’s new guidelines, by far.

But the healthy finances of the City and Essex County, allowed the City to comfortably secure a $120 million bond to accelerate the work in a way that sets national precedents, and all at no costs to the residents, either in capital outlay, tax increases or water rate hikes. We did this because, simply put, we wanted to solve this problem as immediately as possible for the health of our residents, especially the children.

Our aggressive program was one reason the EPA awarded the Newark Board of Education a $7.5 million grant under the new Water Infrastructure Improvements for the Nation (WIIN) Act, to help strip older schools of any remaining fixtures or tubing that contain any amounts of lead and fund our existing education and outreach programs. That money will help the City to continue to strive the goal of complete eradication of lead in our drinking water.

While the revised EPA Lead and Copper Rule closes some loopholes that allowed cities to ignore lead-line replacement, they only require a city to replace 3 percent of their lines annually if there are exceedances in 90 percent of sample tests. To put things in perspective, three percent of Newark’s 18,720 lead lines is 562 lines. If we followed those EPA requirements, we would be allowed to replace all of our lead lines over 33 years.

In government this is called “kicking the can down the road,” and is tempting, especially in a time of an unparalleled crisis like now, as budgets are strained by COVID-19. But in Newark, we remained on pace to finish our project in two years, all while having the construction workforce follow COVID-19 health guidelines.

Newark was in front of the new rules in another area. Cities are now required to reevaluate water treatment and corrosion control processes if lead levels exceed 10 parts per billion (10 ppb).

When we saw our lead levels spike in 2017, we did not need to be pushed into hiring CDM Smith, one of the world’s most respected environmental companies, whom created the EPA’s first blueprints and standards for the development and maintenance of water pollution control plants back in the 1970s.

CDM Smith helped us analyze our water sample data and the EPA simultaneously analyzed a harvested lead pipe from our system to microscopically determine how the corrosion control failed to properly coat the pipes causing the material to deteriorate.

There are other examples of how Newark has been complying or exceeding with the new rules before they were released, including that we are already in compliance with new guidelines for lead and copper sampling reporting. We gave out filters immediately as part of our three-step approach to both eradicate this problem and immediately protect the public, and we already provide filters to those that have their lead service line replaced, a new requirement in the Revised Lead and Copper Rule.

For compliance reporting, the new rule requires utilities to test the fifth liter of water coming from the tap, rather than the first.  This is significant because peak lead levels are typically seen around the fifth liter. Newark again has been ahead of the required changes, already using the fifth liter to monitor our ongoing treatment and by the time the EPA’s new 10 ppb trigger level for action takes effect, Newark’s lead service lines will all have been replaced.

While the EPA recently announced the first major update of the lead and copper rule in nearly 30 years, it is quite frankly impossible to legislate the internal will or self-demand of a local government. I hope other leaders look to see that full lead-line replacement does not have to be an eternal infrastructure nightmare. We have in our power to fix it. We owe it to our current and future residents to find solutions that will protect them.