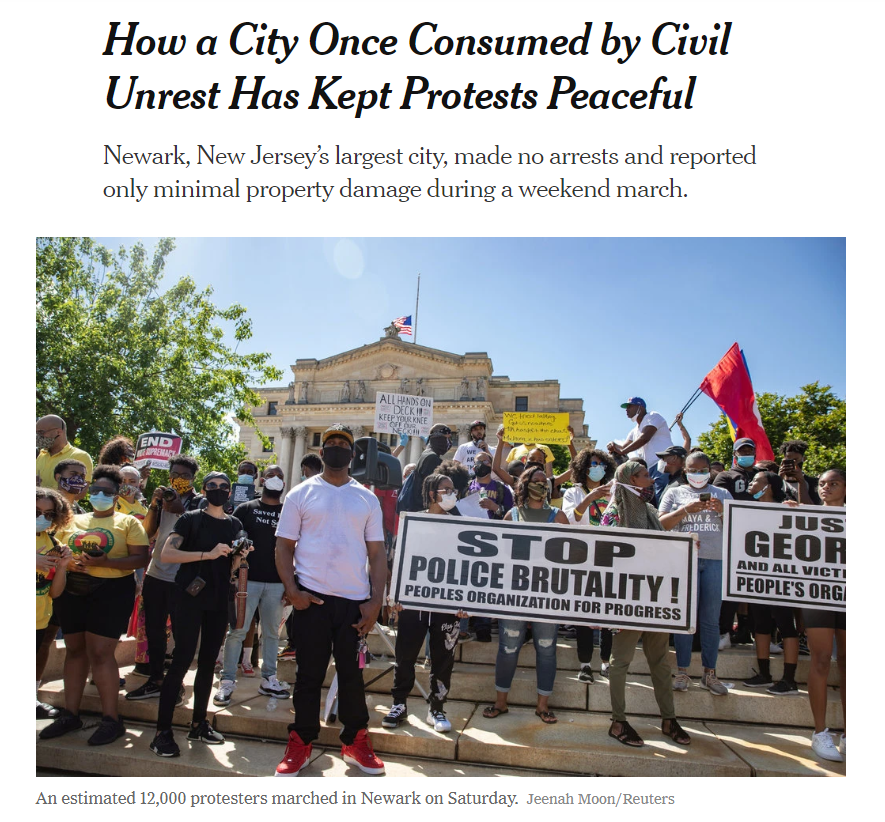 A weekend protest in Newark ended at the same intersection where one of the most wrenching and deadly of the race riots that convulsed the nation during the 1960s began.

It was there, just outside the First Precinct at the corner of 17th Avenue and Livingston Street, that hundreds of protesters outraged by the death of George Floyd faced off late Saturday against officers in riot gear.

A plaque commemorating the 1967 upheaval hung within eyeshot, summoning the old ghosts: 26 dead; five days of looting, gunshots and arson fires that left a legacy of vacant lots that still haunts New Jersey’s largest city; the exodus of businesses and middle-class residents that would come to define Newark for the next five decades.