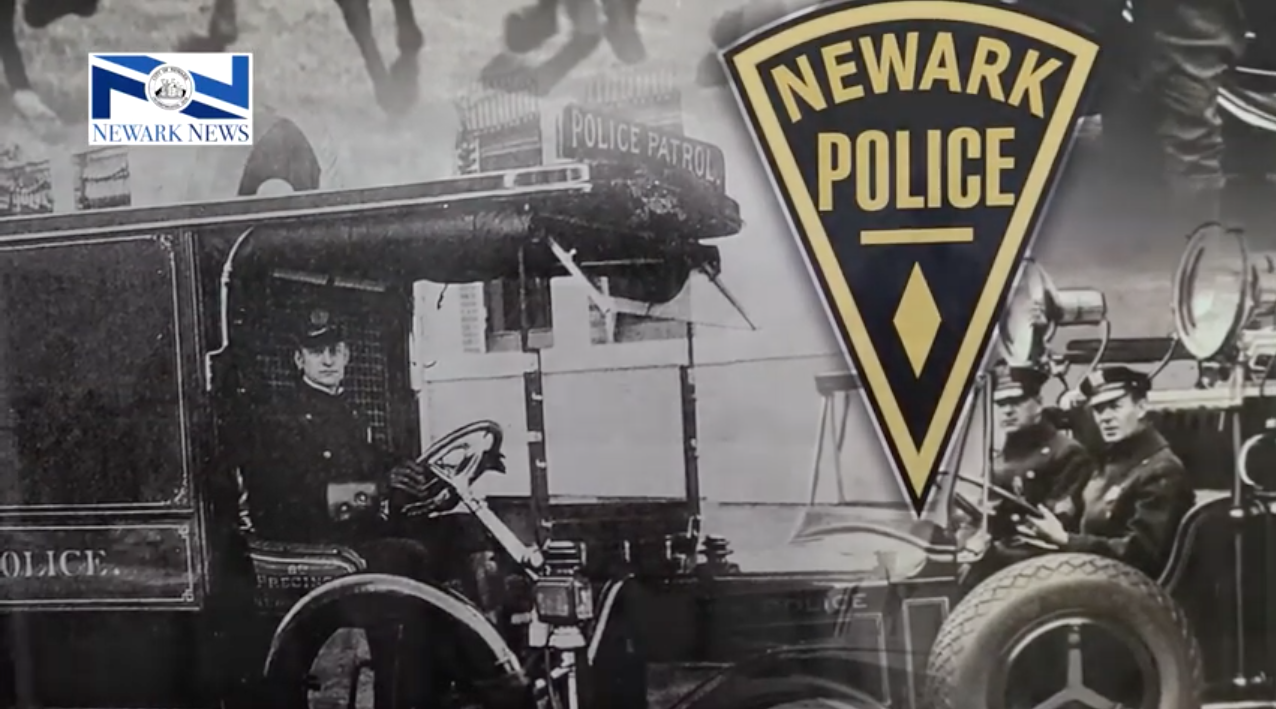 “I think I was five years old, and there was this big snow storm,” he said. “Everything was shut down and everything was quiet. I remember looking out the window and see this Newark Police cruiser go down the street. It was the only thing moving, and I thought, ‘I want to be like that guy, out on patrol, making sure people are safe while everyone else was inside.”

After nearly 34 years in Essex County law enforcement and quarter-century with the Newark Police, Director Ambrose has an affinity for the history of department. He has also been an instrument of change.

“Just like I trusted that cop in the snowstorm, this department today is all about building trust with the community we serve.”

The Director wanted to show the changes in the department from its inception until today in pictures, with a heavy emphasis on community-friendly policing

This evolution included a more diverse force “that reflects the population we serve,” Director Ambrose said.  “It now represents the make-up of the city. It wasn’t always that way.”

He asked Lt. Barry Baker and police fleet graphics designer Isaias “Izzy” Nolau to find pictures and design a mural to fill an empty 30-foot wall in the refurbished ComStat room in the police communications center at 310 Washington Street.

He also wanted a decorative border of the Newark Police who died in the line of duty.

“Every new officer should see this,” Lt. Baker said, “so they know they are a continuum of something that started in the middle of the 19th Century. These officers went out and risked their lives for the people of the City, just like we do today.”

Finding photographs of the modern police force was easy. Each of the City’s seven precinct holds roughly three community events a week and documents each with pictures. Many of these happen in schools where police do a variety of activities, including giving free back-to-school supplies and haircuts, playing sports, playing Santa Claus and throwing holiday-themed parties.

“We want the kids growing up to fear the police,” Ambrose said. “We want them to know the cops are their friends.”

The historic photos proved to be more difficult to find until Lt. Baker said “a light bulb went off in my head” and he and Izzy checked the Newark Public Library. There, in the extensive New Jersey section, they found hundreds of historic photos of the Newark police.

Two from 1912 showed the first gas powered trucks, one for emergency services and the other to transport prisoners, Lt. Baker said.

He pointed to a picture of the first all-women police class.

Pictures from the late 1800s and early 1900s show police in English-style Bobby helmets and long double-breasted overcoats, or posed shots of the earliest motorcycle and mounted units. One has Depression Era police posing with ‘Untouchables” type Tommy guns.

“We go from cops with Tommy guns to cops dressed like Santa Claus,” Ambrose said. “The mural really signifies the evolution of the police. We are more guardians than warriors.”