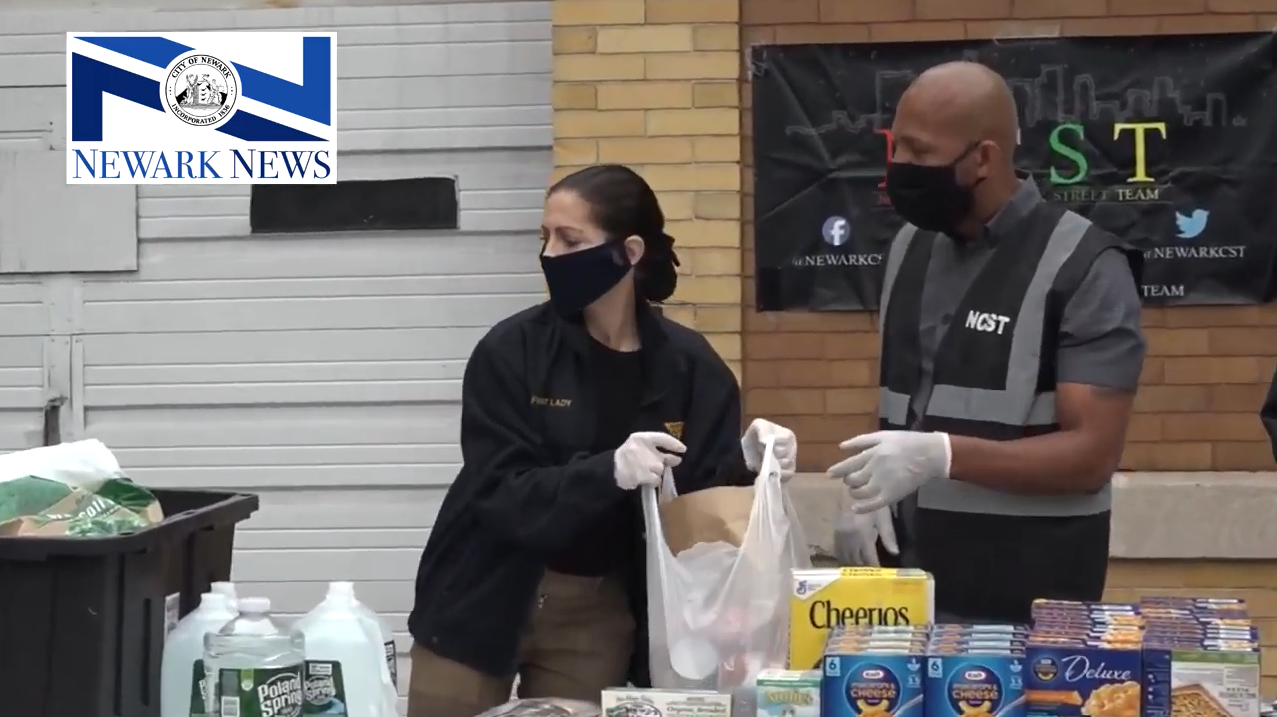 The old Fifth Precinct at the corner of West Bigelow and Hunterdon is a monument to the early 1900s police practices. The brick edifice takes up a whole block on the West Bigelow side. Out front on Hunterdon, etched in concrete over two entrances are the words “police” and “courthouse.” The traditional black lamps with round white bulbs signaling Police Precinct remain intact.

Out back is a carriage house, built in the day when Newark police were transitioning from horse drawn paddy wagons to the Ford Model T.

Today, that carriage house is home to a different type of public safety organization, the Newark Community Street Team (NCST), founded by Mayor Ras J. Baraka when he took office in 2014.

Primarily a violence prevention group, the NCST offers safe passage to schools, mentorship of young to steer them from violence, and “high-risk intervention” to quell outbreaks of violence.

“When people think public safety, they think police,” said Aqeel Sherrills, who heads the NCST. “Public safety is not just crime stats or the absence of violence. It is having the infrastructure to help people.”

During the pandemic, the NCST has stepped into another role. As part as the City's food relief program, they have been preparing 1,000 meals a day to feed the elderly, allowing them to stay inside and not be exposed to the COVID-19, to which they are vulnerable. With partners from the South Ward Children’s Alliance, the Youth Opportunity Network, Moms Demand Action and L & M Developers, NCST team members create an assembly line of meats, fresh vegetables, canned beans and boxed staples, which go through a dozen gloved hands into vehicles for delivery.

Yesterday, one of those volunteers New Jersey’s First Lady Tammy Murphy, who was welcomed by Aqeela Sherrills. Once introductions were done and she said a few words to the press, she got to work, loading bags and passing them down the line.

“It’s because of organizations like this and people (helping) that Newark and all of our other great cities in New Jersey that we will not only get through this, but will emerge as thriving, safer cities,” she said.