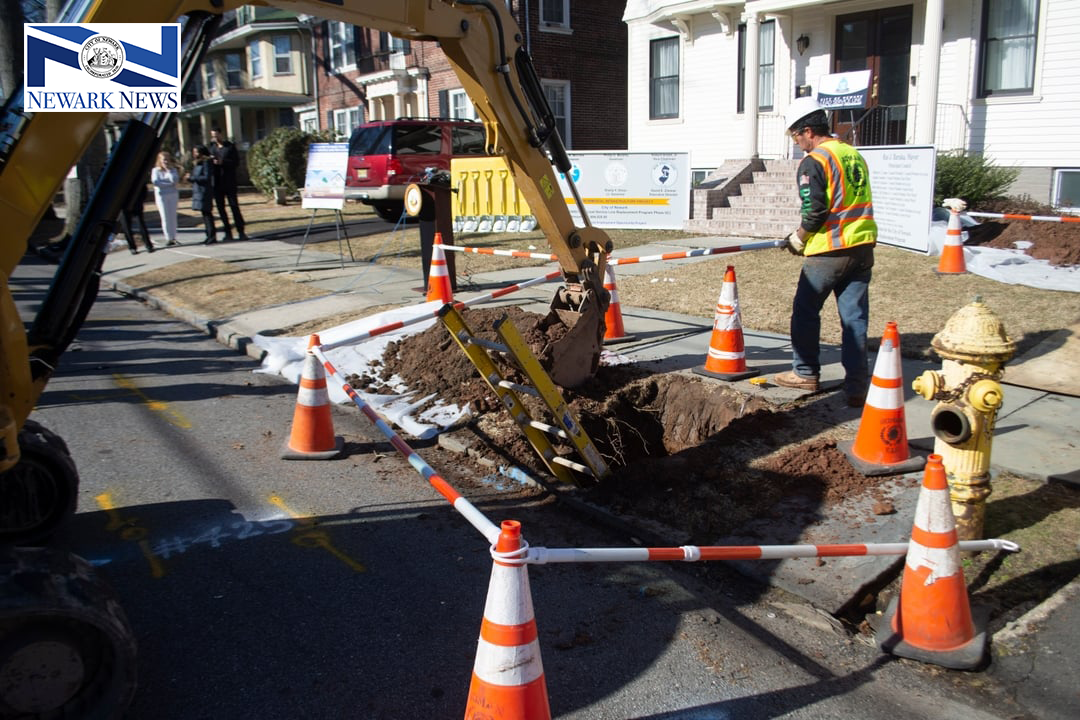 The mild winter coupled with efficient constructive planning has the City ahead of schedule to replace 18,720 lead service water lines, as crews continue to work during the COVID-19 crisis.

As of yesterday, the City has replaced 9,496 of the lines that connect individual homes to the water mains, more than half the total number in just one year.

“We are doing about 90 lines a day now,” said Kareem Adeem, the Director of the City’s Water and Sewer Department. “We’ve been working all along during the coronavirus situation with the workers maintaining proper social distancing and wearing PPE."

The work began last spring with $75 million in City funding and targeted 1,500 lines to first be replaced. But Mayor Ras J. Baraka knew the money wouldn’t go far enough to replace all lead lines and knew raising funds to continue construction for each phase would be too time consuming.

“All along the Mayor knew the only permanent solution to our lead exceedances was to replace all the lead service lines,” Director Adeem said. “At first, it was estimated it would take 10 years, but the Mayor didn’t want to wait that long. He wanted it done now.

Last August, the Mayor reached an agreement with Essex County Executive Joe DiVincenzo to borrow $120 million to replace lead lines at a faster pace. The money allowed the City to unleash 20 crews of Roman, Montana, Underground Utilities and Pacific construction companies. Under the contract agreements, all have joined the City and Laborers' Union Local 472 to train and hire Newark workers.

At that time, Mayor Baraka said he hoped all the lines could be replaced in 24 to 30 months.

Since that time, the crews have replaced more than 9,000 lines, at times exceeding 100 a day. The passage of a City ordinance to allow new service line hook-ups on properties without the owner's permission has also helped.

"Seventy-five percent of the people in the City rent," Director Adeem said, "and tracking down landlords at times can be very time consuming. With the ordinance we are able to move through neighborhoods without waiting.

Under the direction of Director Adeem and the engineering firm CDM Smith, crews were able to schedule construction in linear fashion, moving down full blocks while securing permission and access on the same street for the next day’s dig.

“We are very happy with the progress,” he said. “So far, everything has gone well. We had no major snowstorms and the ground didn’t really freeze, which makes it harder to dig. So that’s been to our benefit.”