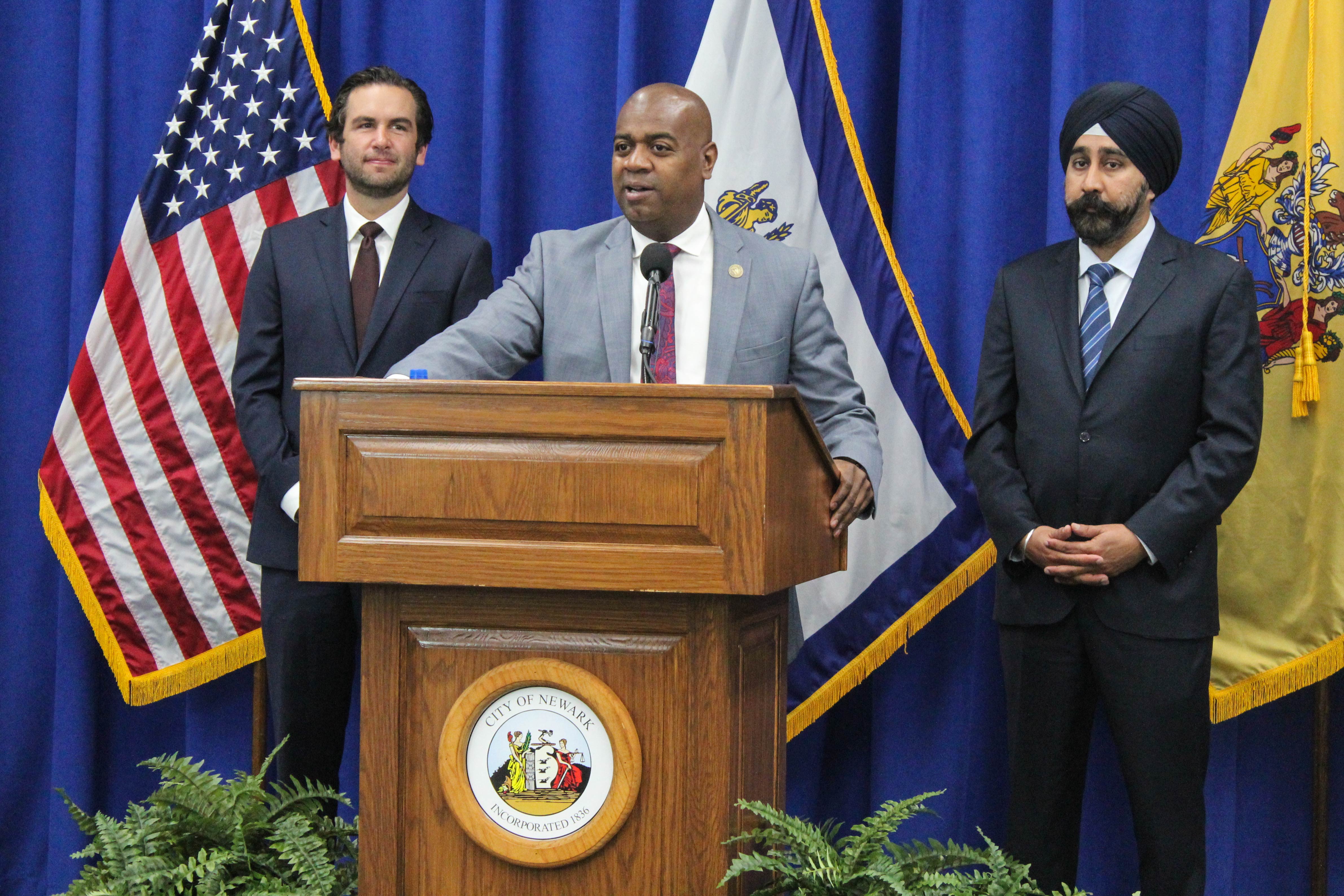 Mayor Ras J. Baraka and Jersey City Mayor Steve Fulop held a press conference to release a letter they are sending to state legislators, urging them to strengthen social justice and equity measures in bills legalizing adult use of cannabis. The press conference was held this morning in the City Hall Press Room, located at 920 Broad Street.

The mayors are asking that legislation include the full expungement of convictions for possession or distribution of any amount of cannabis, and the release of anyone presently incarcerated for such offenses.

“We are calling upon the New Jersey legislature to address the vital social justice and equity issues involved in legalizing adult use of cannabis.” Mayor Baraka said. “It is not enough that we simple legalize adult use of cannabis. We must heal the wounds in our communities and our residents that have been caused by the misguided ‘war on drugs.’ We must make our municipalities full partners in the revenue that will be gained from cannabis sales, so that we can in turn gain additional resources to invest in workforce development and training opportunities for youth and young adults, mental health and trauma care and the preservation of affordable housing.”

The letter calls for enabling persons convicted of such offenses to be eligible for licenses to sell cannabis, creating “Impact Zones” to train residents in the financing and operations of cannabis businesses, and to provide for local equity in owning cannabis businesses.

The mayors also seek to give municipalities the authority to prohibit or decide how many cannabis licenses are appropriate for their communities, to gain a share of tax revenues generated by the sales, and also use those revenues make investments in workforce development and training opportunities for youth, young adults, mental health and trauma care and preservation of affordable housing.

At the press conference, the two mayors were also joined by Mayor Ravi Bhalla of Hoboken. Other cities that have voiced strong support for the letter include Maplewood, Bloomfield, Linden, and Trenton, some of the state’s largest municipalities.

As the New Jersey Legislature seemingly hurtles toward the legalization of cannabis for adult use, there remain serious issues of social justice and equity; municipal self-determination and finances that are not adequately addressed in the pending legislation. Assemblyman Jamel Holley’s proposed legislation makes major strides in dealing with social justice concerns and provides a solid framework for dealing with the remaining issues. While we support legalization, we can only support legislation that goes even farther to remedy the damages to communities that were targeted because of the failed war on drugs or criminalization of communities of color and other minority communities because of cannabis prohibition. I urge you to join us in seeking passage of stronger legislation.

Racial disparities in cannabis law enforcement are intolerable, yet those disparities have persisted for generations. In New Jersey people of color are arrested for cannabis at a rate three times higher than whites. Cannabis prohibition has done serious damage to communities of color - taking parents away from their children, creating criminal records, preventing people from getting jobs and supporting their families. Half-way measures to correct a major social and racial inequity are not acceptable.

We ask you to not rush passage of cannabis legislation, but rather to take the time necessary to produce a law that will adequately deal with issues of social justice and home rule.