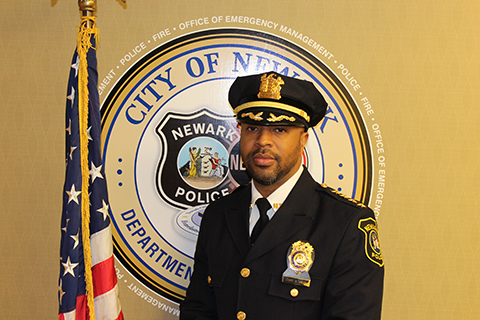 “In 2016, when I appointed Darnell Henry as Chief of Police, I was confident I had hired a man of great integrity and a man who understood and loved the City of Newark, to help lead us through the most transformative years that this Police Division would ever undergo.

“Under the leadership of Chief Henry, we have enjoyed a significant reduction in both crime and complaints against the police, while creating a department that demographically looks like the community it serves.

“Chief Henry has served this city for 26 years as a police officer, detective, the head of my security detail and, finally, chief of police. The job of chief is tough under ordinary circumstances, made even tougher by the reforms we wanted to put in place and Chief Henry rose to those challenges all while keeping police moral and professionalism intact.

“I know Public Safety Director Anthony Ambrose echoes these thoughts and, he too, wanted to publicly express appreciation for Chief Henry’s leadership. Director Ambrose told me Chief Henry was ‘a great partner who will be missed. His leadership and police expertise were more up to the job and he set a great example for the entire division to follow, from the senior deputy chiefs to the first-year officers.’

“We will now begin a search for a new police chief, and we expect a smooth transition. Chief Henry’s retirement becomes effective September 30 and Director Ambrose will serve as both director and chief until a replacement is found.

“In the meantime, we wish Chief Henry and his family the very best in his life after nearly three decades of service to the city.”