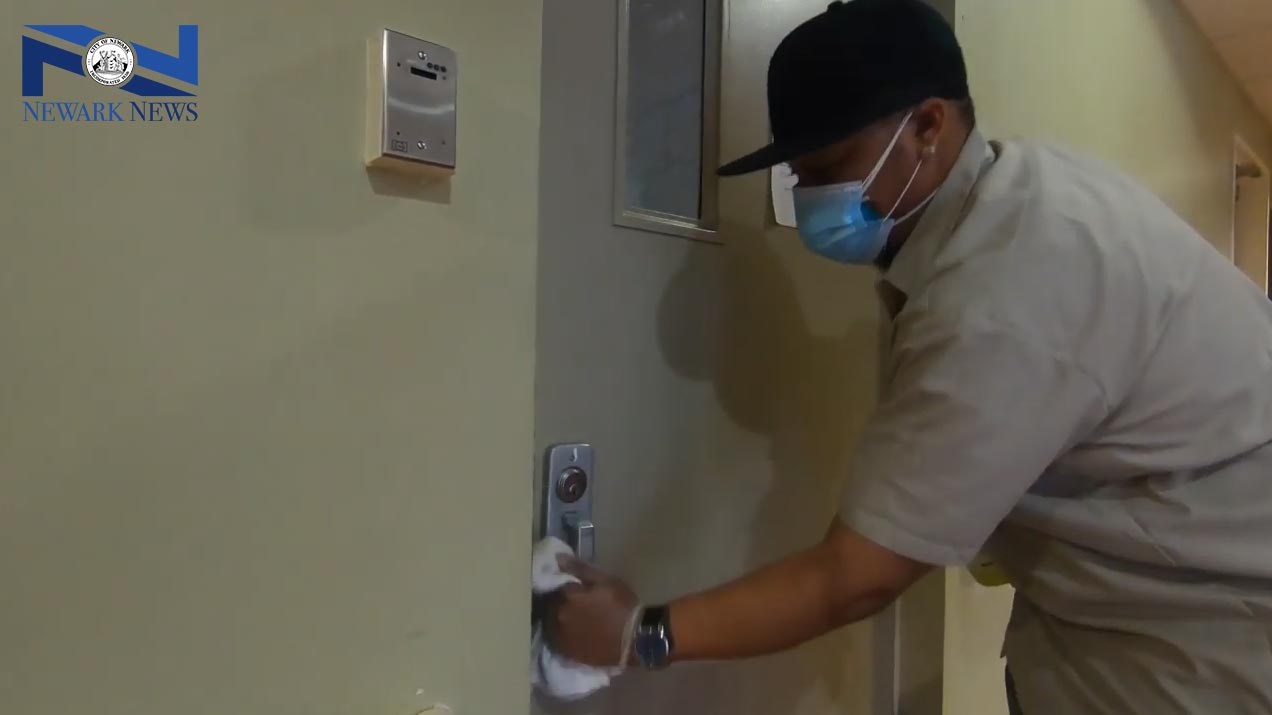 NEWARK – Each day a force of City workers put on protective gear and step out of their usual jobs to protect the lives of Newark’s senior citizens. Masked and gloved, and armed with checklists, these workers visit over 30 of City’s privately-owned housing complexes for seniors and nursing homes, as part of a task force formed by Mayor Ras J. Baraka to demand proper virus-slowing procedures.

“Mayor Baraka saw it necessary that we organize ourselves to make sure the protocols and cleaning and practical procedures are being met,” said Pat Council, the City’s Director of Recreation, Cultural Affairs and Senior Service. “The Mayor wants to ensure the safety, well-being and health of these people and wants their families and loved ones to know the City is enforcing strict protocols in these buildings.”

The COVID-19 virus is especially menacing for the elderly and when they are housed together in a facility the threat grows exponentially. The seniors congregate in common areas and are in constant contact with facility staff and outside visitors. In some places they take meals together. Except for schoolchildren, no other population has as much daily interaction with their peers as seniors housed in either independent living or assisted living facilities.

With more than 30 such facilities in Newark, protecting the elderly was among Mayor Ras J. Baraka’s immediate priorities. One day after the very first case was detected, the Mayor banned all visitors from entering the City’s senior housing complexes and closed the City’s senior centers.

That was just the beginning of an aggressive plan to ensure all City and privately-run senior housing complexes and nursing homes were properly cleaned and sanitized;  restricting visitors and following other federal, state and City “best practices” to keep their residents safe and inhibit the spread of the Coronavirus.

Two of them are Quatisha Bronson and Latoya Evans, who normally work in City recreation centers. Director Council enlisted them for the job, and they are part of a team that descends on each of the facilities two times a week to inspect the premises.

“These employees are out in the community, putting themselves at risk,” Council said. “That should not be overlooked. Many, many City employees are on the frontlines of this.”

Armed with a 14-point checklist, the task force that centers on the sanitizing, security and social distancing, the “three S’s” of senior housing safety.  The inspections come at different times during the day, so the task force can make sure the staff is thoroughly cleaning public areas three times a day, seven days a week.

Some of the enforcement rules include that all employees must wear PPE at all times, that hand sanitizers are in multiple places, including the entrance and by every elevator, that common areas are either locked or furniture has been removed to keep seniors from congregating, and that residents are watched to make sure they sanitize their hands as they leave or enter the building.

“We thank the City for helping us understand what must be done,” she said. “They have been good partners for us and every time we have a problem of any kind, Director Council is here, any time of day or night.”