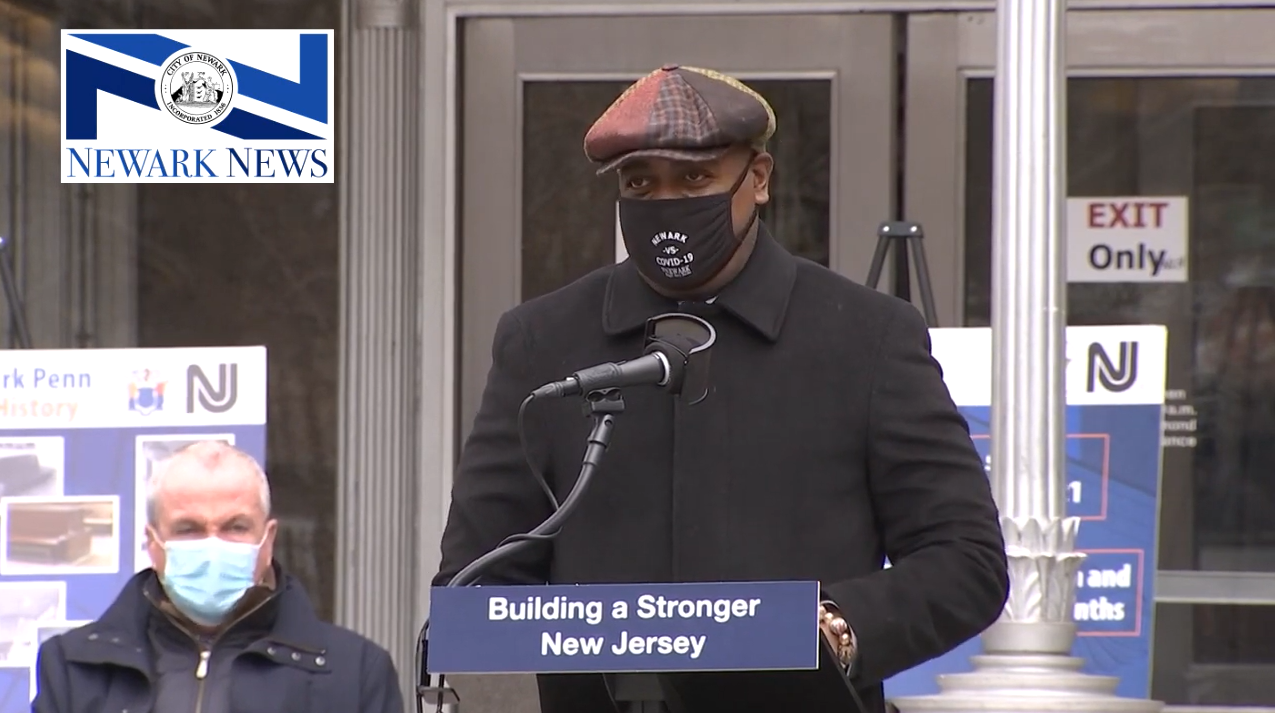 NEWARK (Dec. 8, 2020) – In keeping with the City-wide revitalization of Newark’s downtown and housing stock in the neighborhoods, Mayor Ras J. Baraka welcomed Gov. Phil Murphy’s announcement today of a $190 million full renovation of Newark’s Penn Station, one of the City’s historic and architectural gems.

“Newark is the largest city in the state and Penn Station is a major gateway for commerce, employment, and economic development,” Mayor Baraka said. “It is good news that this administration understands the importance of this and are committed to ensuring that this critical piece of infrastructure has significant investment. This project is important for New Jersey as a whole, for our region, and for Newark particularly.”

Gov. Murphy also described Newark Penn Station, the seventh busiest in the nation, as a “gateway to Newark and the resurgence that has taken place here.”

“We are thrilled to announce these renovations, which, when completed, will help restore this historic station to its former glory,” said Gov. Murphy during a press conference outside the station’s south entrance, with its resplendent Art Deco accoutrements both in the metalwork and concrete sculpting.

Gov. Murphy said the repairs will begin immediately with $30 million set to “focus on the aesthetics” which will include restoration of the classic wooden benches in the waiting room, installation of brighter lighting, updating of the bathrooms and improved HVAC and air-handling, and a general facelift of fresh paint and tile, and a deep cleaning of the limestone exterior to once again showcase the architecturally significant façade.

The Governor also spoke of new lighting and improved drainage in the bus lanes and new signage to help travelers find their appropriate points of departure.

Additional upgrades totaling $160 will take place over the next five years.

Governor Murphy said the longer-term enhancements will focus on improving the station’s openness, light, and overall commuter and visitor experience.

“A future goal is to make Newark Penn Station more of a destination, with added dining and shopping in the concourse,” he said.

Opened in 1935, Newark Penn Station is listed on both the State and National Registers of Historic Places. The station was originally designed and still operates to serve pedestrian, taxi, bus and private vehicle traffic generated by the more than 50,000 transit customers who use the station each day.