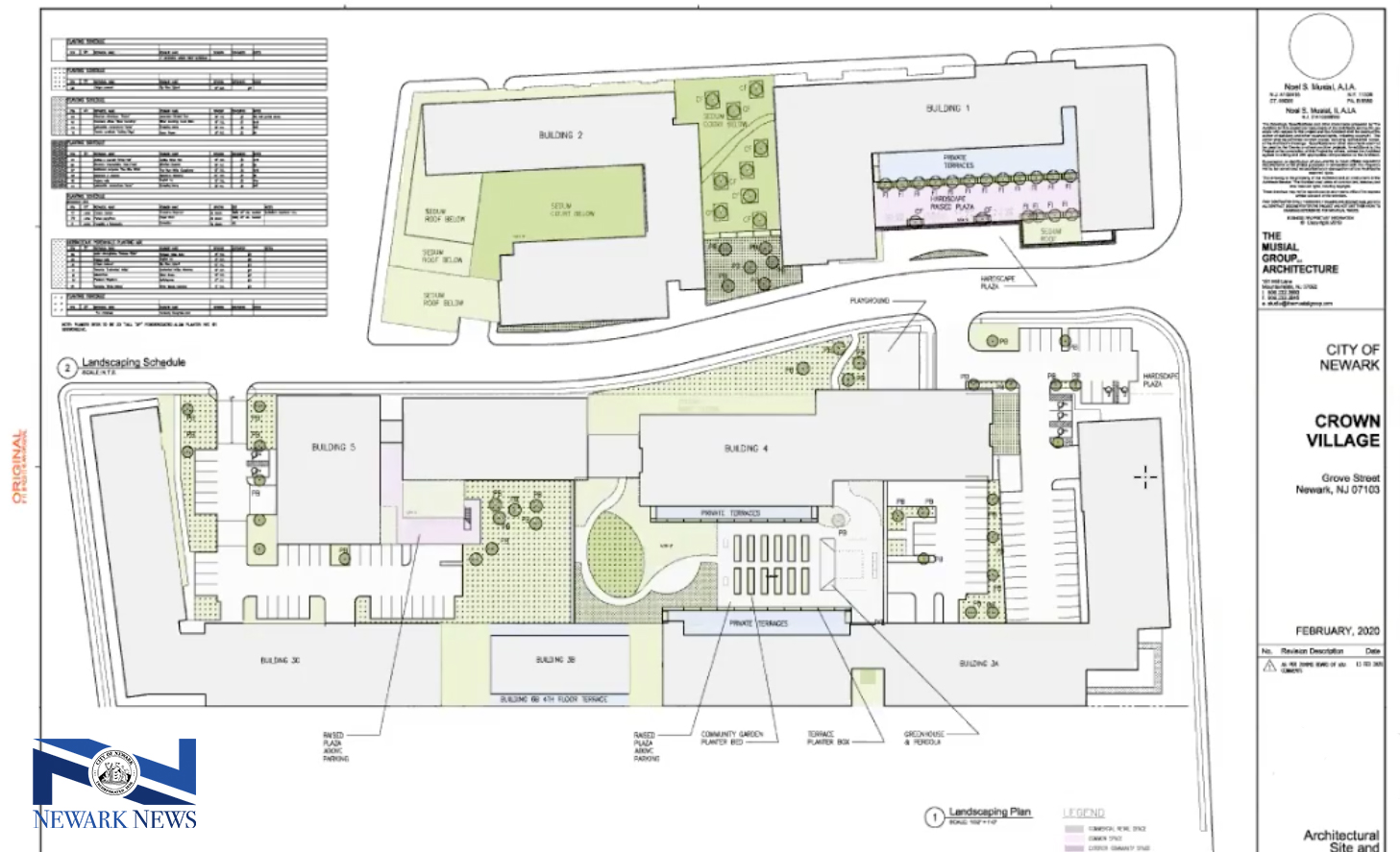 NEWARK -- The four-acre vacant lot that straddles the Newark-Irvington border is now known as the Pabst site, but before the “Blue Ribbon" beer was brewed there, the factory churned out Hoffman’s Pale Dry Ginger Ale, and in fact, it was the soda people who built the 60-foot bottle that loomed over Newark’s West Side.

Now “the Pabst site” will be soon relegated to outdated local vernacular, just as Hoffman’s once was, as a massive new development called Crown Village will be built on the site, anchoring the neighborhood where South Orange Avenue intersects with Grove Street.

Groundbreaking is planned for next year and construction should be completed in the mid-2020s.

The area is the tip of the triangular portion where East Irvington juts into West Newark, blocks from where Garden State Parkway traverses both cities.  It is equidistant from downtown Newark to the east and downtown Irvington to the southwest, as well as being even distances from Newark’s University Heights and Seton Hall’s South Orange campus.

For those reasons, and the multiple bus routes that run along South Orange Avenue and Grove Street, the seven-building, mixed-use development submitted by Crown Real Estate Holdings and approved by the Newark Zoning Board of Adjustment, will be a convenient little city that should reinvigorate the area.

During a Facebook Live Town Hall meeting Wednesday night, Mayor Ras J. Baraka squashed persistent rumors that a jail was going to be built there.

“There’s been a lot of talk about a jail going there,” the Mayor said. “I can tell you unequivocally tonight that is not what’s happening at the site.”

The Mayor called Crown Village a potential “anchor site” to encourage new, “consistent” development along the South Orange from lower Vailsburg toward downtown.

“There are 30 or more local projects around there and the area is coming together. It’s what the City and the area needs,” he said, calling the projects a “social and economic injection.”

During the Town Hall, Elnardo Webster presented the development plan, which includes 660 residential units, including studios, one-bedrooms and two-bedroom apartments, with designs that allow for multi-generational living in separated units, but with easily accessible common areas. The complex will have outdoor terraces and gardens, a daycare center, a library with workspace and offices for use by tenants, two gyms and a basketball court.

The commercial retail space on the ground level of the buildings can be accessed by the public.

Because of Newark’s affordable housing ordinance, 20 percent of the 330 units on the City’s side will be offered at reduced rates for qualified renters, ranging from about $1,000 a month to $1,600. Webster said, his team and economic development teams from both cities will be looking for local, small businesses who might draw subsidies to make the “community sustainable.”

During the Town Hall, questions from the public were fielded by Andrea Mason, senior manager of the Newark People's Assembly. Viewers asked a range of questions from environmental remediation to arts and cultural opportunities at the site.

“A lot of things still have to be worked out, but they will be worked out with transparency,” said West Ward Councilmember Joseph McCallum.