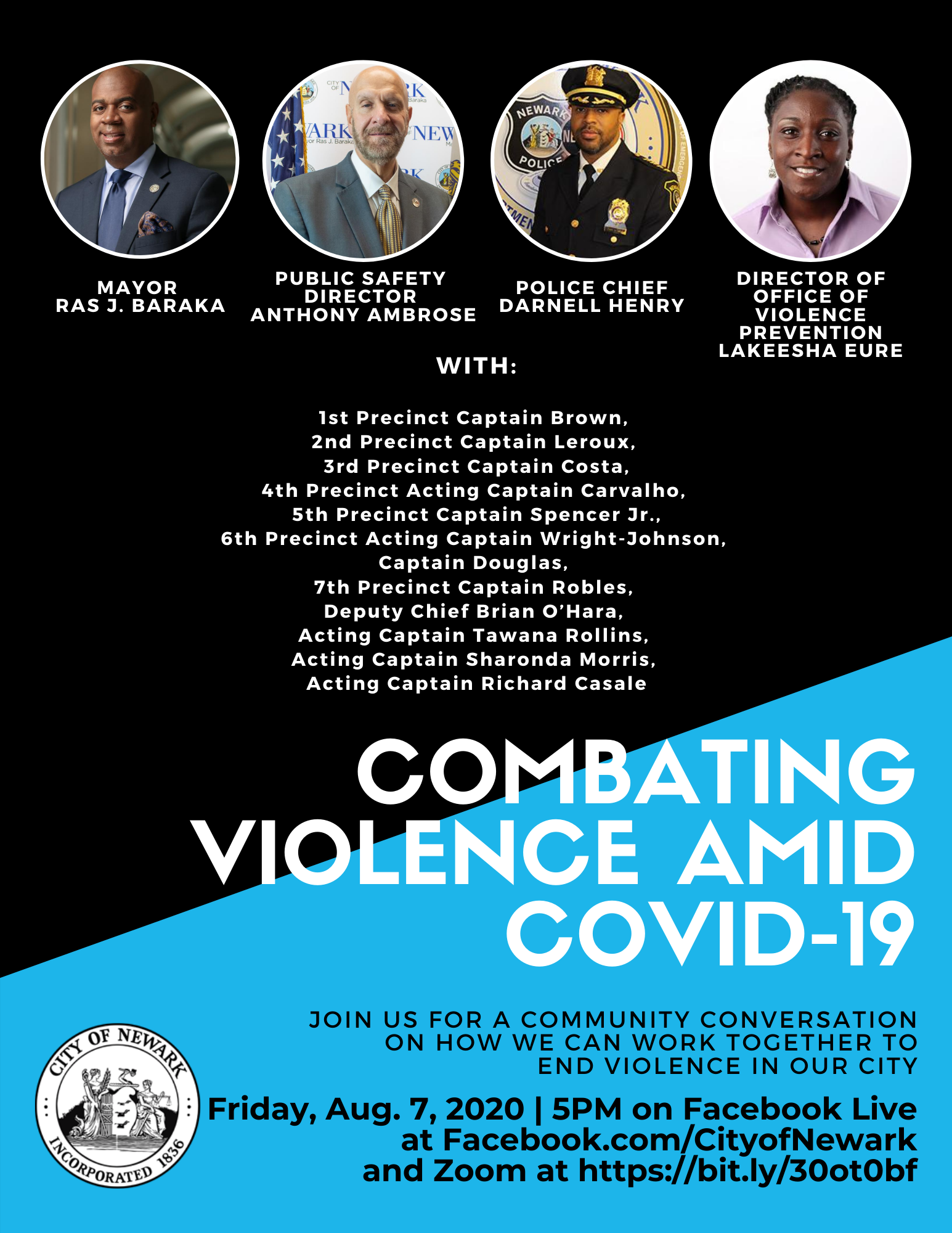 “Our nation is in true peril. Not only do we have to endure and fight COVID-19 from killing us, we are continuously being murdered by the hands and impacts of racism, while our lives are being undermined as families are torn apart by the intractable violence taking place in our communities,” Mayor Baraka said.

During the Mayor’s tenure, violent crime rates in the City have dropped by double digits each year, and last year’s homicides were the lowest since 1961.

Homicides in the City this year are again down by 20 percent, non-fatal shootings are down by 7 percent and all violent crime is down 16 percent. However, recent violence has moved the Mayor to call for a community-wide effort to address and end this latest outbreak.

“While homicides have been down in Newark for the past four years, this uptick in violence that our city and nation is experiencing during this precarious time will not be tolerated and must be stopped,” Mayor Baraka said. “The Newark Police Division is meeting with state and federal partners to discuss how we can ban together to end this epidemic. Now more than ever, we need the help of every resident, every community group, and every resource, to fight against what appears to be one of our toughest adversaries.”

The Mayor will host the virtual town hall  for all Newark residents, which will feature Newark Public Safety Director Anthony F. Ambrose, Police Chief Darnell Henry, Director of the Office of Violence Prevention and Trauma Lakeesha Eure, and the captains of every precinct “to address the shootings and how we can put an end to them by working collectively to do so,” the Mayor said. To participate, residents can join via Zoom or on the City’s Facebook page.