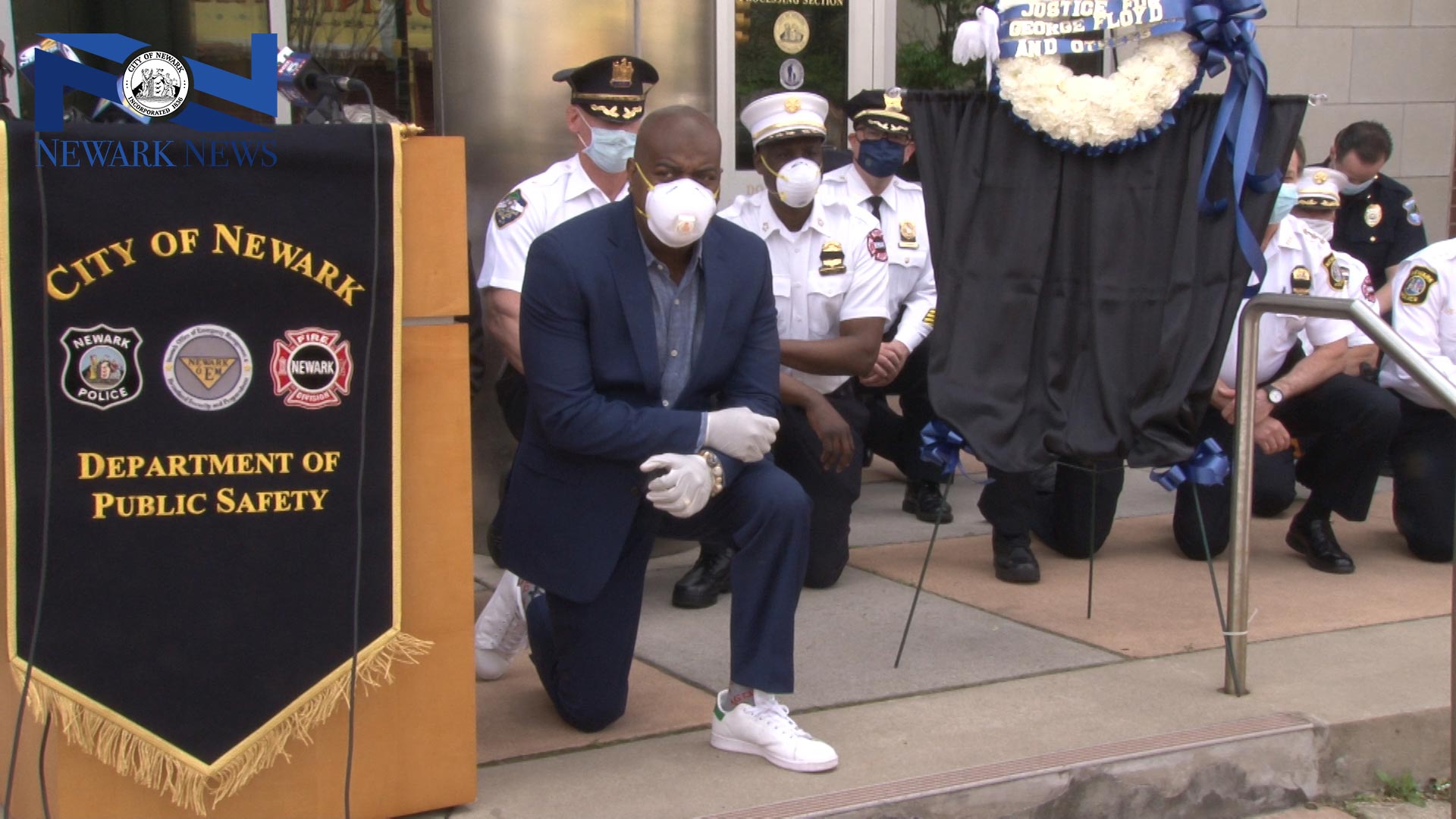 NEWARK – (June 2, 2020) – Outside the Newark Police Division’s 5th Precinct, a poster size picture of George Floyd was at the center of a gathering of every Essex County police chief, there to condemn the police brutality that caused the Minneapolis’s man’s death and sparked national outrage.

Public Safety Director Anthony F. Ambrose put up Newark’s memorial to Floyd and the assembled police were the first to lay white carnations at the base.

“What happened to George Floyd was an act of cowardice,” Director Ambrose said. “Once someone is handcuffed there is no excuse for force.”

Mayor Ras J. Baraka was the final speaker and said, “it warmed his heart” to stand with the Essex chiefs and other law enforcement members to “make a statement that I don’t think is happening in any other place in America.”

“What the police are doing here needs to go viral,” the Mayor said, and lauded “the integrity and courage” of the Essex County contingent as a national example. “Every department in the country should then take a step further and make a pledge to change the culture and the systemic issues that impact people negatively.”

In the last few days, the Mayor has repeated the story several times of how his father was assaulted by police during the Newark’s 1967 uprising.

“And here we are, 50 years later, dealing with the same issues,” he said.

At the conclusion of his remarks, Mayor Baraka then asked the police to follow the example of Colin Kaepernick “and take a knee” to pay respects to George Floyd’s family, and all the assembled officers obliged.