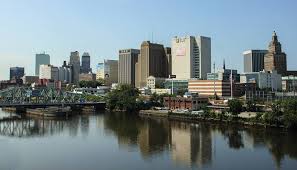 Mayor Ras J. Baraka today signed two groundbreaking ordinances that make Newark a national leader in affordable housing. The “Inclusionary Zoning for Affordable Housing” ordinance requires developers to set aside 20 percent of their residential units for affordable housing in projects that consist of 30 or more new or substantially rehabilitated units. It is part of Newark’s attempt to prevent the kind of gentrification that has driven longtime residents out of Hoboken and Brooklyn.

“This is a groundbreaking step in housing development in the city of Newark and a pioneering step for all of America’s cities,” Mayor Baraka said. “We are forging an innovative collaboration with developers, whereby they are not only committing to the economic growth of our City but also to enabling residents to remain in Newark, improving their living conditions, preventing the kind of gentrification that happens in other cities undergoing development, and assisting with the facilitation of home ownership. Once again, Newark is leading the way, defining to the nation how a city cares for its residents, and what a city should a be.”

The second measure signed today is the innovation of ensuring that long term tax abatements for residential buildings only go to those containing affordable housing. The length of the abatement would depend upon the percentage of units that are affordable. For all buildings receiving long term abatements, including residential, the developer is required to partner with a Newark minority or female contractor, provide jobs to Newark residents and make a contribution to Newark’s Community School Trust Fund to help improve the quality of the city’s schools.

“Today, the City of Newark has signed into law the nation’s most robust and progressive Inclusionary zoning ordinance. Newark residents are now assured an opportunity to live in newly developed building at affordable rates,” added Acting Corporation Counsel Kenyatta Stewart. “Additionally, developers have an option to contribute to the City’s affordable housing land trust or to develop homes throughout the City which will be sold to residents At Cost. We have prioritized affordable housing and home ownership in Newark. We believe this law is a game changer and a win for the City and its residents.”