Mayor Baraka: Re-Opening Too Fast Will be 'Lethal' to Our Community 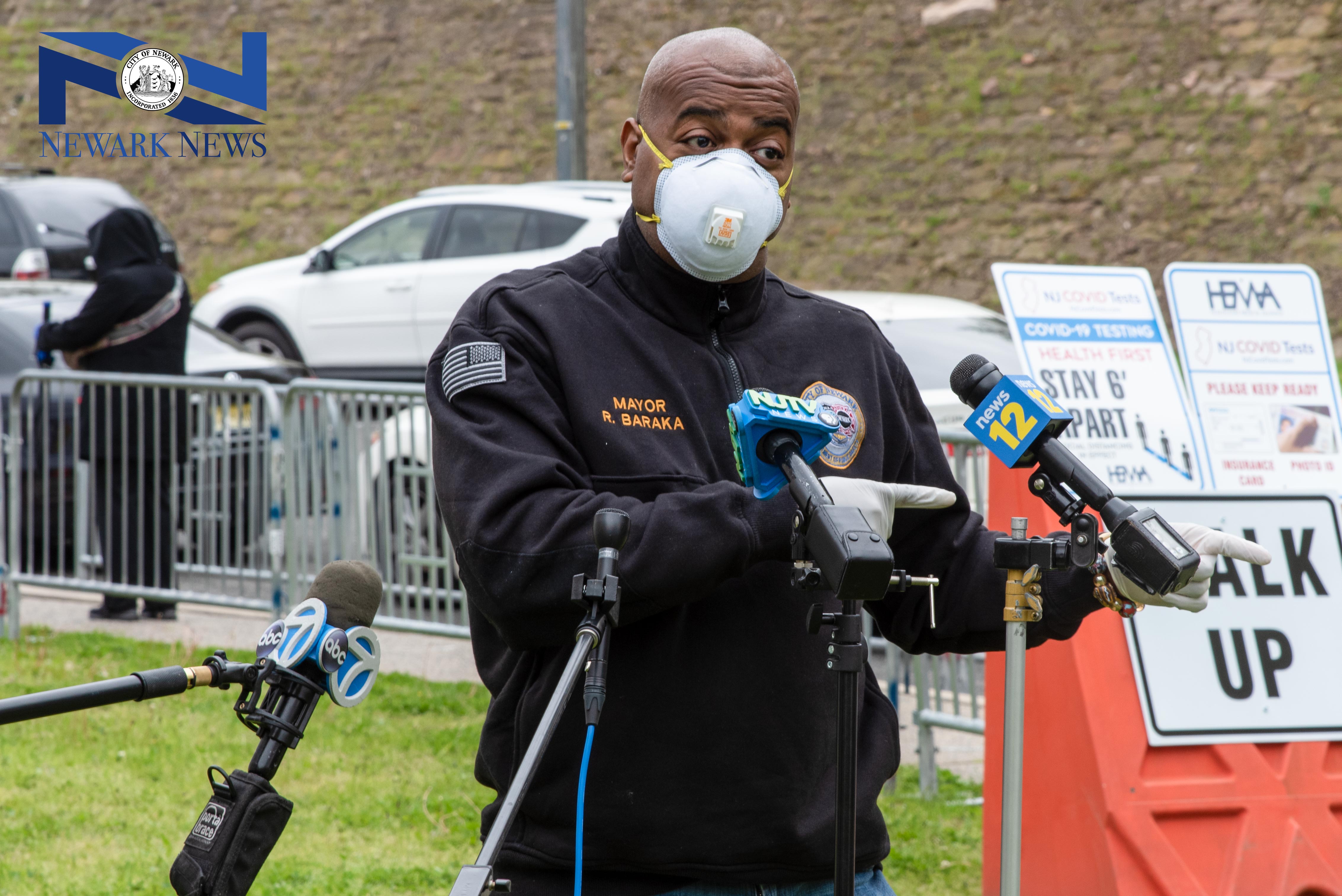 Across the country, there is intense economic pressure to have the states begin to open businesses and public spaces. We’ve seen repeated demonstrations in places like Michigan and Texas in defiance of their governors’ shelter-in-place orders as public restlessness grows.

As mayor of a largely African-American and Latino community, I feel this swell of political maneuvering and popular opinion will be lethal to our communities.

Most health experts say we should see a decline in new COVID-19 cases for a period of 14 days before a state or local government considers the first stage of re-opening. Even then, the situation is precarious, and a new spike would necessitate another shutdown. Here in Newark, we are seeing declines, but they are not sustained enough. We need to make data-driven decisions based on contact tracing and testing, but nowhere in the country have those tools be utilized on a grand enough scale to make a grand-scale decisions.

On Saturday, New Jersey State Parks and our Essex County Parks were opened for passive use, as were golf courses, with the caveat that masks must be worn and social distance maintained.

These announcements, along with reports that 31 states are re-opening in stages, is putting pressure on urban Mayors like myself in that they give our residents the idea that this COVID-19 crisis is passing, and they can go back to working and playing as usual.

New Jersey is a microcosm of the nation and the landscapes they govern are very diverse in geography, population density and demographics. They must make decisions that somehow apply to all their constituents and this is an impossible task.

Residents of Newark and other highly-impacted cities must understand this for their own safety and the safety of their families and friends. The density of our populations forces us to gather outdoors in more confined spaces. Our stores are more crowded, our streets are more crowded and our parks are more crowded. For our cities, the question to re-open must take our population density and demographics into account, no matter what the rest of the country is doing.

There are some very important facts I would like to share with the residents of Newark and other urban centers as their restlessness grows under shelter-in-place executive orders.

The City of Newark has more COVID-19 deaths than 14 of New Jersey’s 21 counties. These are not just outlying rural counties of far west and far south New Jersey. Five of the counties – Atlantic, Burlington, Camden, Gloucester, Somerset and Ocean – have urban centers or are in commuting distance to New York or Philadelphia, and each have populations equal or greater than Newark.

Right now our greatest growth in COVID-19 infections is among essential personnel, including our police, firefighters, health workers, and others who come in contact with the public daily -- bus drivers, store clerks, cafeteria workers, sanitation workers -- all those people who take risks everyday to make our lives feel a little more normal.  Wearing masks and gloves and practicing the best social distance they can doesn’t make them immune. That’s evidence of the danger that remains in our community and we should remain on high alert.

The most recent statistics from the American Public Media Research Labs show COVID-19 mortality rate is nationally 2.7 times higher for African-Americans than whites. In Washington, D.C., the death rate for blacks is six times higher.

This is a lethal disease for African-Americans, who historically have much less access to quality health care and healthy food, leading to the co-morbidity trifecta of obesity, diabetes and high blood pressure. For Latinos, the numbers aren’t as striking but still higher than for whites. The bottom line is that this contagion is hitting communities of color harder and if we rush into opening our cities and abandon our shelter-in-place and social distancing strategies, it will continue to devastate us.

At this moment, our communities require more patience, more discipline and a greater feeling of community and responsibility to one another. I continually urge my residents to do this, as a matter of life and death.