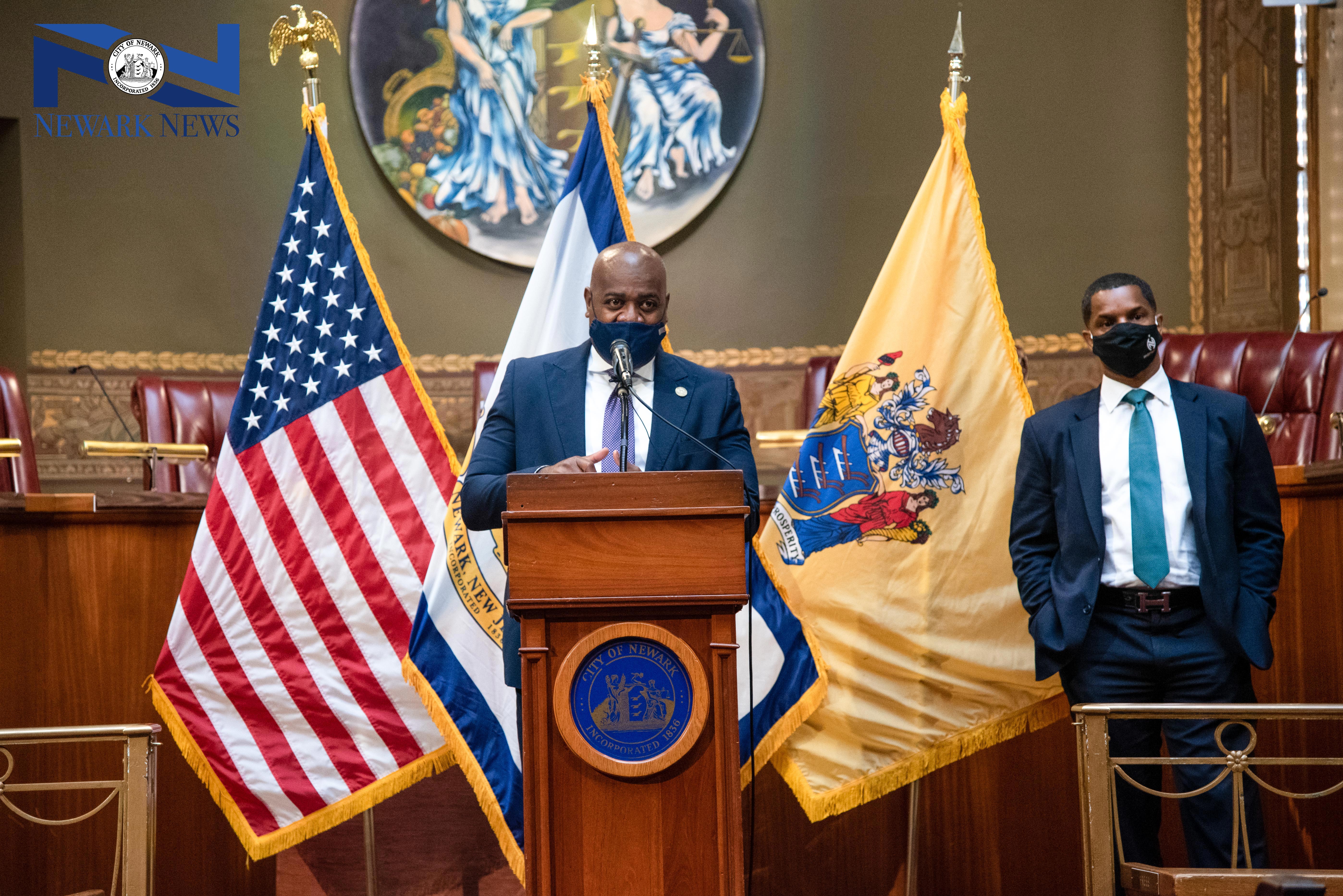 NEWARK -- (Sept. 28, 2020) – At the end of the Civil War, freed slaves were promised “40 Acres and a Mule,” after the Union Army seized millions of acres of fertile soil from Southern plantation owners. But the Reconstruction promise of Abraham Lincoln died with him and his successor Andrew Johnson rescinded the deal.

Both Mayor Ras J. Baraka and his special guest, Rev. Al Sharpton invoked the economic contribution of African-Americans in building the country and the ensuing economic injustices they have endured, as Mayor Baraka announced the NWK FAM Fund (Newark 40 Acres and a Mule Fund) yesterday at City Hall.

“We need to empower our entrepreneurs of color so that they can compete at increasingly higher levels,” Mayor Baraka said.

“The Newark 40 Acres and a Mule Fund will bring pride and prosperity to our city as a whole and to our Black and Latinx business community in particular.”

The Mayor said the new investment fund will reduce social and economic inequalities resulting from systemic racism, by putting capital directly in the hands of Newark Black and Latinx business owners.

The fund has started with $2 million, but with the backing of prominent Black and Latinx investors, as well as leading corporate and philanthropic institutions, the Mayor hopes to raise $100 million in investible capital.

“This is not only about helping individual businesses, it’s about building wealth,” the Mayor said. “It’s about creating equality and opportunity for our Black and Brown communities. There are vast wealth disparities in our nation, state, and city between white-owned businesses and Black and Latinx-owned businesses, clearly worsened by the pandemic.”

Natasha Rogers, the Chief Operations Officer for the City, spoke of huge wealth disparities between white families and families of color in New Jersey, stating that median net worth of white families is $309,000 while Latinx and Black families are worth just $7,020 and $5,900, respectively—one of the worse racial wealth gaps in the nation. She also cited a study over a 35-year period that showed Black men make less than their parents, while white men nearly doubled their parents' income.

Rev. Sharpton called the plan “an economic model” that will give hope to cities across America.
“If it can work in Newark, it can work in New Orleans,” he said. “We should not only be marching against police abuse, but economic abuse.”

Mayor Baraka called on “the anchor institutions” and other businesses that make “billions and billions of dollars in the downtown and corridors of Newark” to make the fund a reality.

The NWK FAM Fund, will be co-managed by Invest Newark (the City’s economic development corporation) and New Jersey Community Capital. It seeks to raise $100 million, with $10 million in hand by the end of 2020. AT&T, Shaquille O’Neal, Panasonic, Carlos Medina, Nelson Mullins Law Firm, and New Jersey Community Capital, PSEG, and Popular Bank are the first of the investors and corporate partners.
‍

“We believe that we have created a national model where financial institutions, corporation donors, and local economic development corporations partner to create a holistic investment platform that provides Black and Latinx businesses with access to the business contracts, patient capital, and technical assistance necessary to grow despite the current pandemic and social unrest,” said Bernel Hall, CEO of Invest Newark.