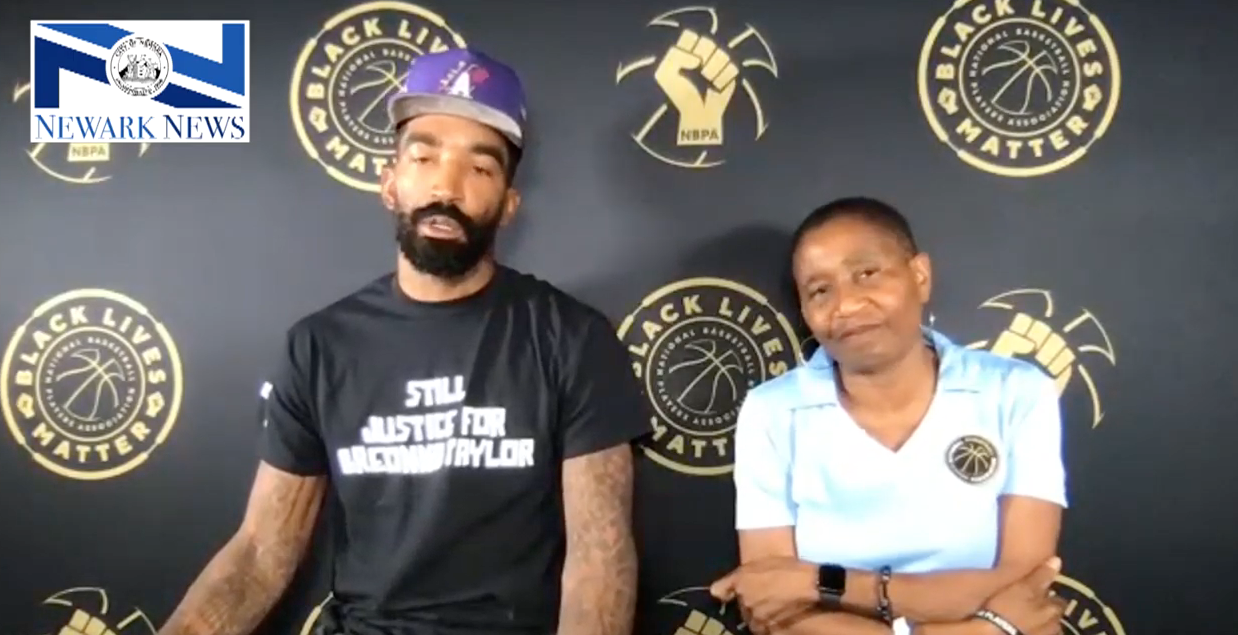 NEWARK (Sept. 14, 2020) --- Calling for all Newark residents to become involved, engaged and exercise their right to vote, Mayor Ras J. Baraka and New Jersey Devils President Jake Reynolds announced the Prudential Center will be a Super Polling Site for the 2020 Presidential General Election.

“This is incredibly important for us,” said Mayor Baraka, who also thanked Los Angeles Laker star J.R. Smith for stepping up and pushing sports arena owners across the country to open their doors for voters.  “These are grave times and we need to make sure our engagement level is high and get as many to people to vote in this critical election as possible.”

“It’s in walking distance to some of our senior centers so that is very important,” the Mayor said.

Prior to the election, the Prudential Center will host a National Voter Registration Day on Sept. 22 at Championship Plaza adjacent to the Edison Place entrance to the arena.  Also on that day, Newark residents can get help completing their Census forms online or by using their cellphones.

In the weeks leading up to the election, there will be secure drop boxes for mail-in votes at the Prudential Center for all Essex residents, and in the week before the election, the Essex County Board of Elections will have a satellite office at the arena.

Devils President Jake Reynolds said the team’s “commitment” to open the arena as a polling center was part of the ongoing effort of owners Josh Harris and David Blitzer to help make the Devils an integral part of the Newark community.

“It continues to be vitally important to them and their families to be heavily involved and truly embrace Newark,” he said.

Reynolds also announced the “Go Vote, Jersey” program, a voting hub for residents to get information about the voting process leading up to the election. The web address is www.prucenter.com/vote.

During a virtual press conference, J.R. Smith made an appearance and spoke about the National Basketball Players Association involvement in activism, leading up to the election to “make our voices heard and make real change as soon as possible.” Led by Smith, who played high school basketball at St. Benedict’s Prep in Newark, the NBA players urged all team owners to use their arenas as polling sites.

“We don’t have a team, but he didn’t want to forget Newark,” Mayor Baraka said. “I appreciate what J.R. Smith and all these athletes have done.

Also on the Zoom was New Jersey Secretary of State Tahesha Way to remind people that “between now and October 5 your ballot will be sent to you (and) you have until October 13 to register to vote.” She also reminded parolees and people on probation that they have a right to vote.

“Our vote is our voice in our democracy, and we are making sure that every voter can make themselves heard in 2020,” she said.