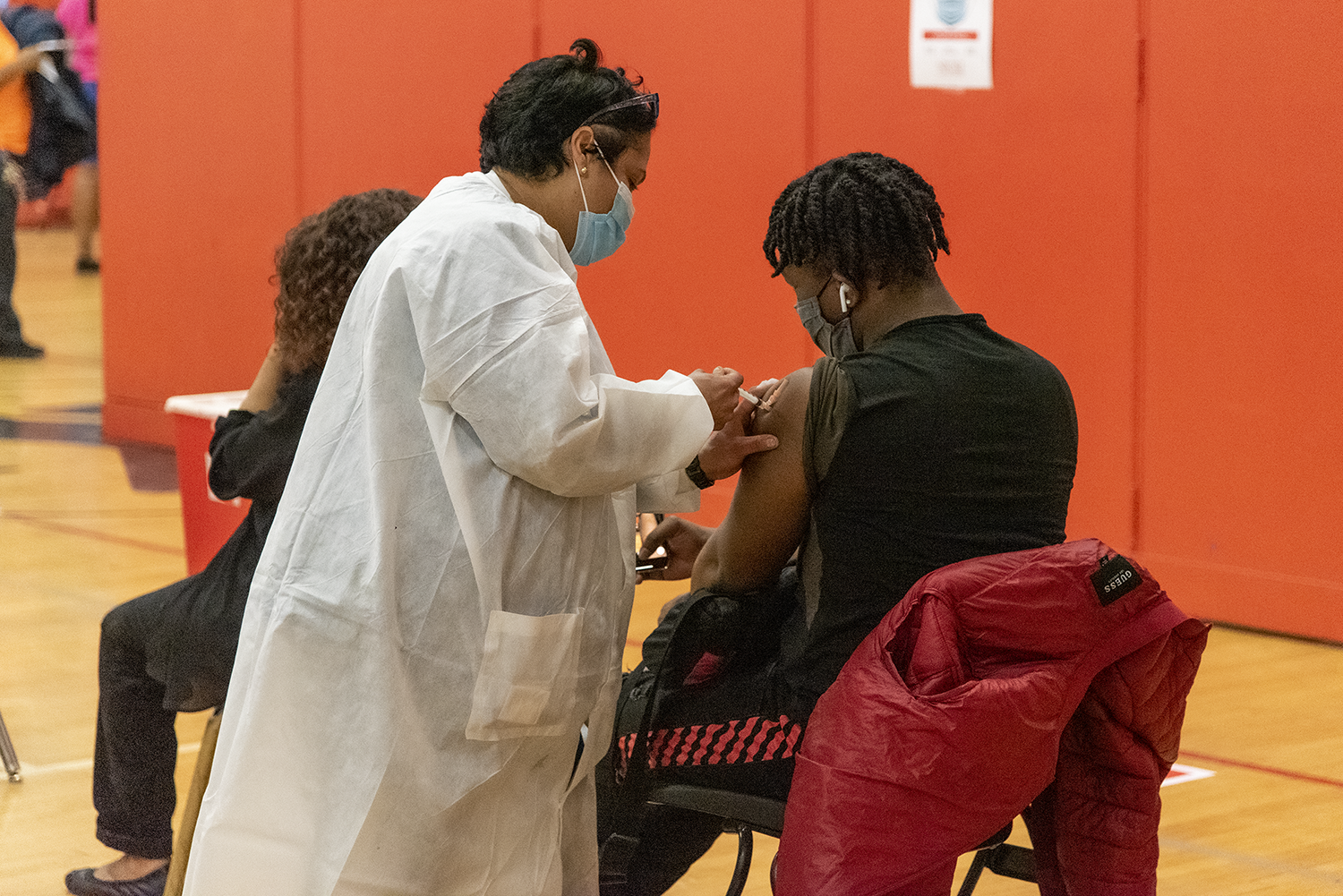 Newark, NJ — March 10, 2021 — Mayor Ras J. Baraka announced that Newark’s program to vaccinate its residents without addresses began last night at the YMCA on Broad Street, in the first of a Newark-wide effort where the City will send nurses and practitioners to offer vaccinations to residents of 18 shelters across Newark. This initiative is in addition to the City’s ongoing testing of residents without addresses that began in May 2020.

“A year after our first positive COVID-19 case in Newark and we are now able to offer vaccines to help protect and keep our residents without addresses safe,” Mayor Baraka said. “It is a goal of my administration to provide them with the services, shelter, and care that all of our residents deserve.”

The City’s Department of Health and Community Wellness and its Office of Homeless Services are partnering with North Jersey Community Research Initiative (NJRCI), who will administer the vaccines.

The vaccination program is the third major initiative to provide shelter and care to the City’s homeless population in the last two weeks.

On March 8, Mayor Baraka and the Office of Homeless Services Homelessness Czar Sakinah Hoyte unveiled NEWARK Hope Village, which uses converted containers to shelter residents who are at-risk or without addresses at 79 Newark Street.

On February 25, Mayor Baraka, Ms. Hoyte, Claremont Development, and Arc Building Partners announced construction of the Miller Street Pathways to Housing Center, an adaptive-reuse project designed to create a 24,000-square-foot innovative transitional, 24/7, 365 days a year emergency shelter to transition homeless Newark residents into housing. The facility, which will also provide supportive services, is located at 47-63 Miller Street and expected to open in September of this year.

With its population of more than 290,000 residents and nearly 2,000 being without permanent addresses, the City will also soon unveil a mobile strategy to offer vaccines for some of the most vulnerable population not staying in a shelter.

Photo assets from the launch of the residents without addresses vaccination program can be found here.