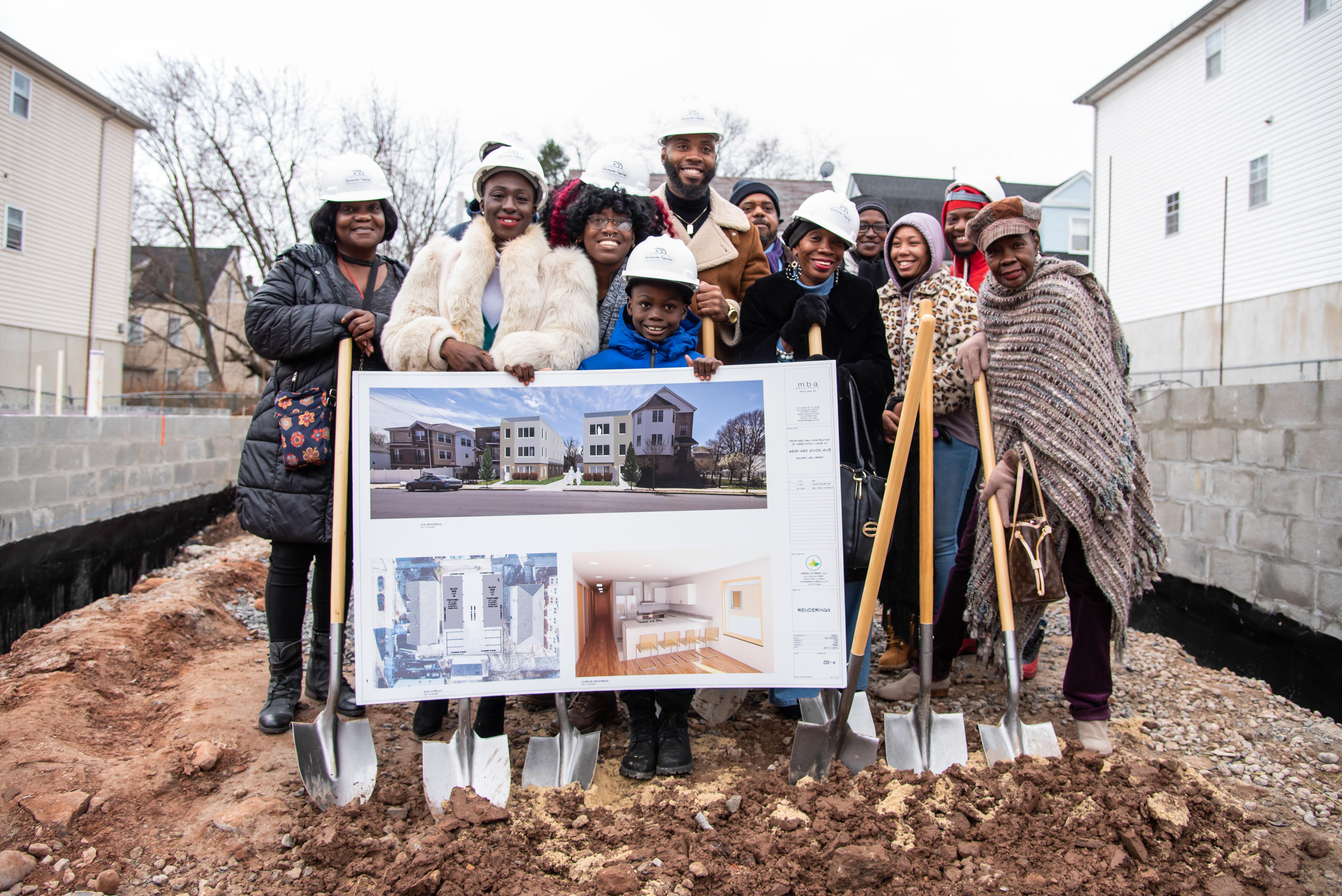 The two new structures, called “The Lofts at Avon,” will offer their residents three-bedroom units with two bathrooms each, stainless steel appliances, and a rooftop deck. The partners purchased the land from the city in 2017.

“Affordable housing is a central issue and primary focus of my administration,” said Mayor Baraka. “Our groundbreaking measures like the Affordable Housing Ordinance and projects like this one are making the American dream of home ownership a reality for many Newark residents. One of the major developers in this project, Siree Morris, himself represents the American dream in action. He is a Newark native who excelled in sports and school, and has now returned to his birthplace to give back and pay it forward, to help us create a more equitable, collaborative, and empowered Newark.”

“Development outside of downtown will be driven by new developers such as Siree Morris, local residents dedicated to the rebirth of old neighborhoods working in partnership with Newark’s targeted low cost land sales, and equipped with tools and knowledge learned through our small contractor/developer initiatives,” said Deputy Mayor Ladd.

Mr. Morris is a Newark native whose grandmother worked as a City Hall maintenance employee for more than 25 years. He graduated from University High School, where he was a McDonald’s All-American Basketball Player and scholar-athlete under his former coach, Mayor Baraka. Mr. Morris graduated from Rutgers University in 2005, having gained a Bachelor’s Degree in Engineering, and has worked as a civil engineer specializing in land development. He chose to move back to his birthplace to use his expertise to develop affordable housing and job opportunities.

“This is a very important milestone in my career. It is important for me to be an example for my community. I want us to act on the endless opportunities and influence that real estate affords. The only way to preserve our community is to own it,” said Mr. Morris.

Ascension Capital Partners, owned by Siree Morris and Ryan Curran, focuses on urban revitalization by providing quality housing and enhancing the value of each asset. The partners’ next housing development will be “The Michael,” on Mr. Morris’s childhood block on Astor Street. The development’s name honors Mr. Morris’s late brother Michael Morris. He is also developing the city’s first multi-family shipping container home.