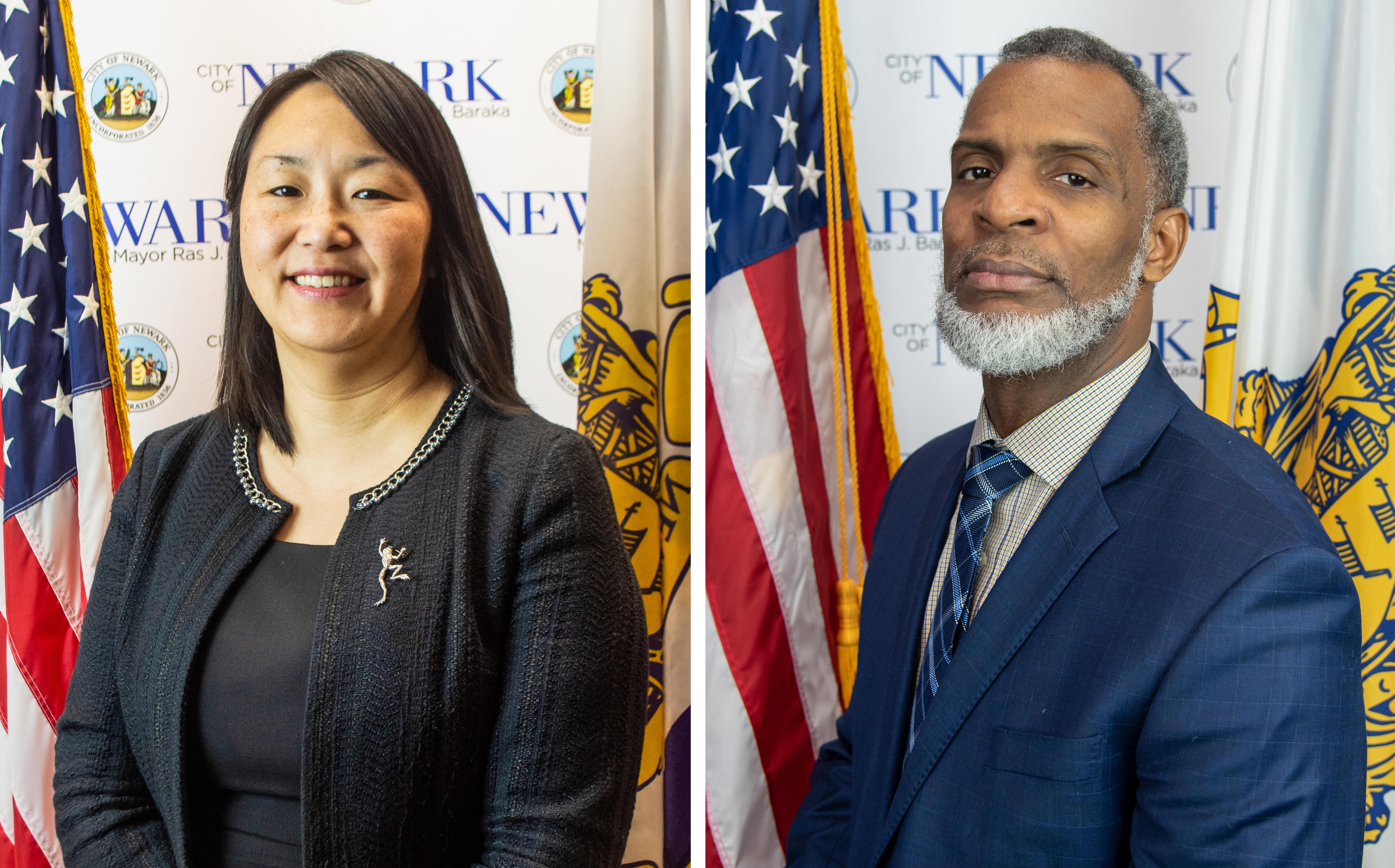 “Kareem and Allison are two of our most outstanding leaders, who have driven programs and initiatives to create affordable housing, expand development, and eliminate our lead service lines. They define energy and excellence in all that they do, and have a strong commitment to Newark and its residents,” Mayor Baraka said.

Ms. Ladd came to Newark after a national search, conducted by a public-private task force. The task force was created by Mayor Baraka to ensure that candidates that may not have otherwise been identified were considered from beyond the Northeast.

Under her leadership as Acting Director of Economic and Housing Development, Ms. Ladd has focused on implementing Mayor Baraka’s equitable growth strategy: harnessing the many billions of dollars of new investment in Newark to create opportunities for all residents in employment, affordable housing, homeownership, and wealth building.

“While in Washington, I became aware of all of the exciting things happening in Newark under Mayor Baraka’s leadership. I wanted to become part of his work to create a culture of participation and inclusion that enables inequality to be replaced by equitable opportunity, prosperity and growth, rather than the gentrification and displacement that has happened in so many growing cities. I’m excited to be here!” said Director Ladd.

Ms. Ladd brings a 20-year career in public service to the Mayor’s Office from the Washington, D.C., Department of Housing and Community Development, where she conducted high-level, strategic troubleshooting and problem solving as deputy director. In her most recent work, Ms. Ladd spearheaded operations of a 180-employee organization with a budget exceeding $300 million. She has led the development of new policies, programs and financing tools to preserve affordable housing, minimized foreclosures, assisted with the workforce purchasing of their first home, transformed vacant properties into vibrant assets, and created mixed income communities through inclusionary zoning.

Mr. Adeem started his career with the City of Newark at the young age of 20, in the Department of Engineering, where he obtained seasonal work filling potholes. His work ethic quickly helped him rise through the ranks. In 2013, Acting Director Adeem was promoted to Superintendent of Public Works, where he oversaw daily maintenance operations of the Department of Water & Sewer Utilities. Today, he spearheads the city’s most aggressive project to date – the replacement of 18,720 lead service lines. At present, more than 7,000 such lines have been replaced since March 2019.

He was a key player in various municipal projects, including the Water Main Rehabilitation, Small Sewer Assessment and Rehabilitation, Water Treatment Plant upgrades, and the Queen Ditch Restoration Project, which helped address chronic flooding along Frelinghuysen Avenue that has burdened the area for more than 30 years.

“As a lifelong Newark civil servant, it is both a privilege and an honor to be appointed Director of the Department of Water and Sewer Utilities. My entire professional career has been dedicated to providing our City with the highest level of service and talent. As Director, that has always been my goal and I will continue to advance the City’s vision of being one of the greatest cities in this country by cultivating and leading a municipally owned and operated utility that is best in class. I humbly take on this challenge and am grateful for an opportunity to be a part of Newark’s legacy as a leader in this great City,” Director Adeem said.

Ms. Ladd has been serving as interim director since August 1, 2019 and Mr. Adeem since October 2018.