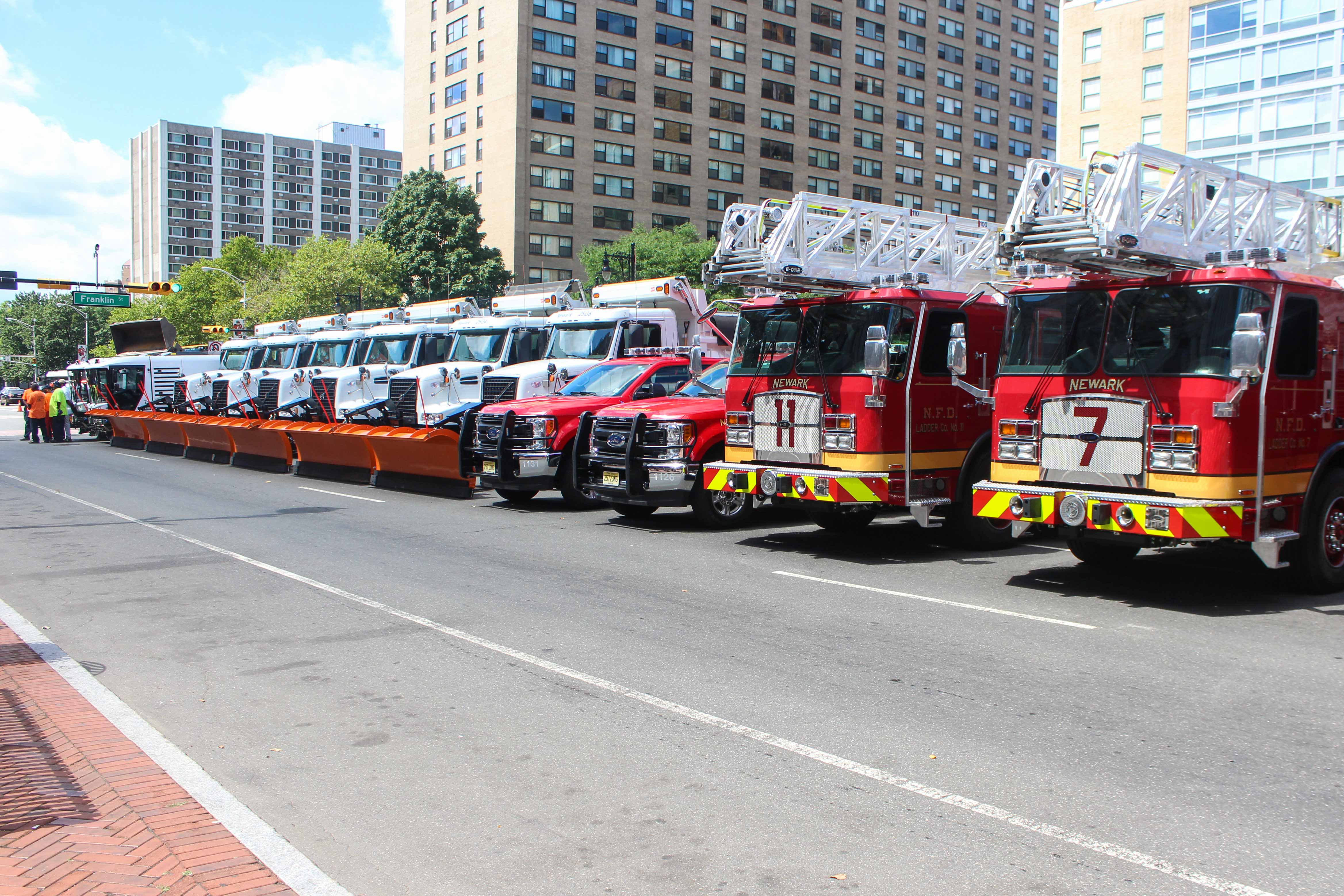 “Acquiring the latest and most effective fire and sanitation technologies goes hand in hand with our work to implement technological advances throughout the City of Newark,” Mayor Baraka said. “The deployment of this new equipment underscores progress we’ve made in updating antiquated equipment because of our improved financial situation. It also highlights our commitment to safeguarding our residents and visitors and to appropriately address their direct needs during emergency situations.”

“I am pleased that the people of the City of Newark have access to state-of-the-art fire, Haz-Mat, rescue and sanitation equipment,” Director Ambrose added. “We are constantly improving our public safety emergency and sanitation resources so that we serve our communities using the most efficient and effective tools possible.”

The new Haz-Mat Fire vehicles are Chemical, Biological, Radiological, Nuclear and Explosives capable. They are also equipped with an on-board Panasonic “Toughpad” computer, loaded with the latest Emergency Resource Guide for identifying and addressing hazardous materials. The vehicles are also equipped with a portable radiation detection meter; a cache of Duo-dote injections for first responders—to reverse effects of biological agents that could be used as part of a terrorist attack; the latest mobile communication radios; LED response lights; new low-tone sirens for enhanced safety; and custom-built, slide out storage cabinets featuring a command center to support an Incident Commander and to stow firefighting gear.

The new custom-made 2018 E-One Metro aluminum aerial ladder trucks, extending 110-feet, are designed to fit in tight urban roadways due to their short jack spread of 11-feet; which facilitates their use on narrow city streets. They also feature a cab with a roll cage to keep a firefighter safe; custom compartments for the storage of specialized equipment; custom emergency lighting and siren package; and additional space for 163-feet of ground ladders to access areas that cannot be reached with the aerial ladder.

The five dump trucks and two Utility Bodies are equipped as snow plows and salt spreaders to address winter blizzards.