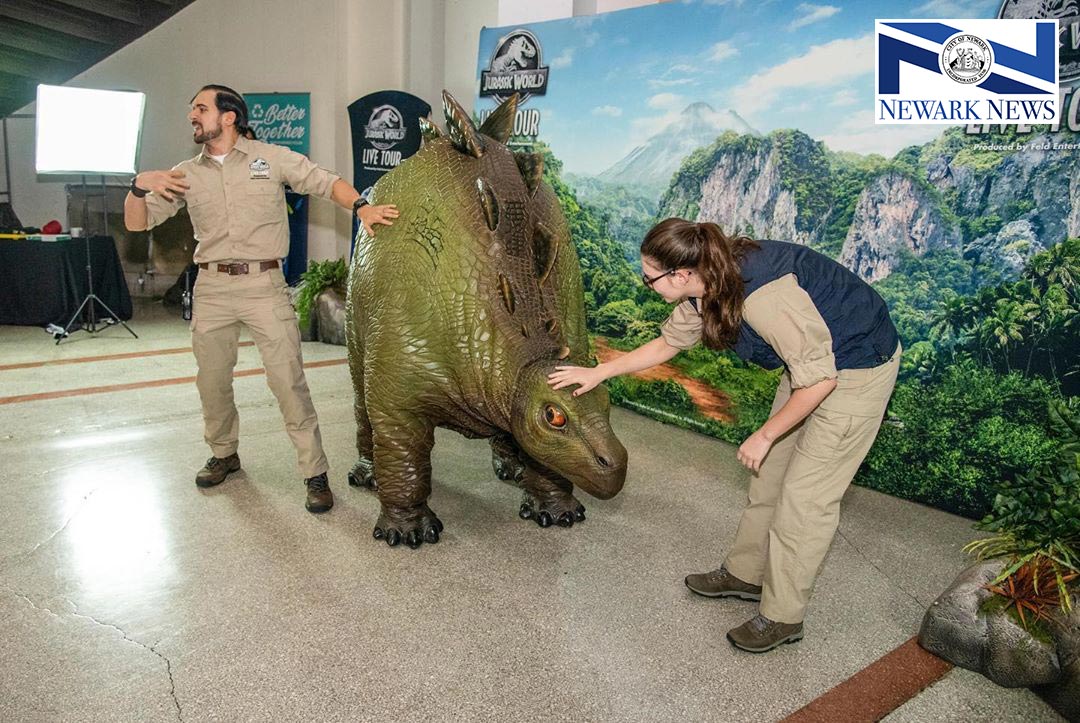 Before the Jurassic World Live Tour opened at the Prudential Center, a Stegosaurus named Olive stomped through the City Hall Rotunda to the delight of third-grade STEM students from the 13th Avenue and Ridge Streets Schools.

The handler of Olive was John Palmeri, a paelo-veterinarian, well-schooled in the physicality and lives of the creatures in the Mesozoic Age, which began 252 million years ago. The Stegosaurus was a giant plant eating dinosaur that roamed the Pangea land mass that would become North America during the Jurassic Period.

Mayor Ras J. Baraka was part of the audience as Palmeri taught the kids about volcanoes and the conditions of the earth that allowed to dinosaurs to flourish for millions of years.

An arrangement between the City and Feld Entertainment, the producer of Jurassic World Live, made discount tickets available to the kids and the Mayor told them the show would be “fun, but also educational.”

“It will give you the same educational experience as the STEM activities that will help you grow and become great individuals in our society,” said the Mayor, who sat in the front row next the kids.

This event marks the return of the Mayor’s Community Pass program, a relationship between Feld Entertainment and the City of Newark designed to make specially priced tickets available to families in the community. Vouchers can be picked up from City Hall and are only redeemable for the February 27th show at 7 p.m. taking place at the Prudential Center.