Here’s the Newark water story you haven’t heard: City has made $160 million in improvements to improve quality and infrastructure 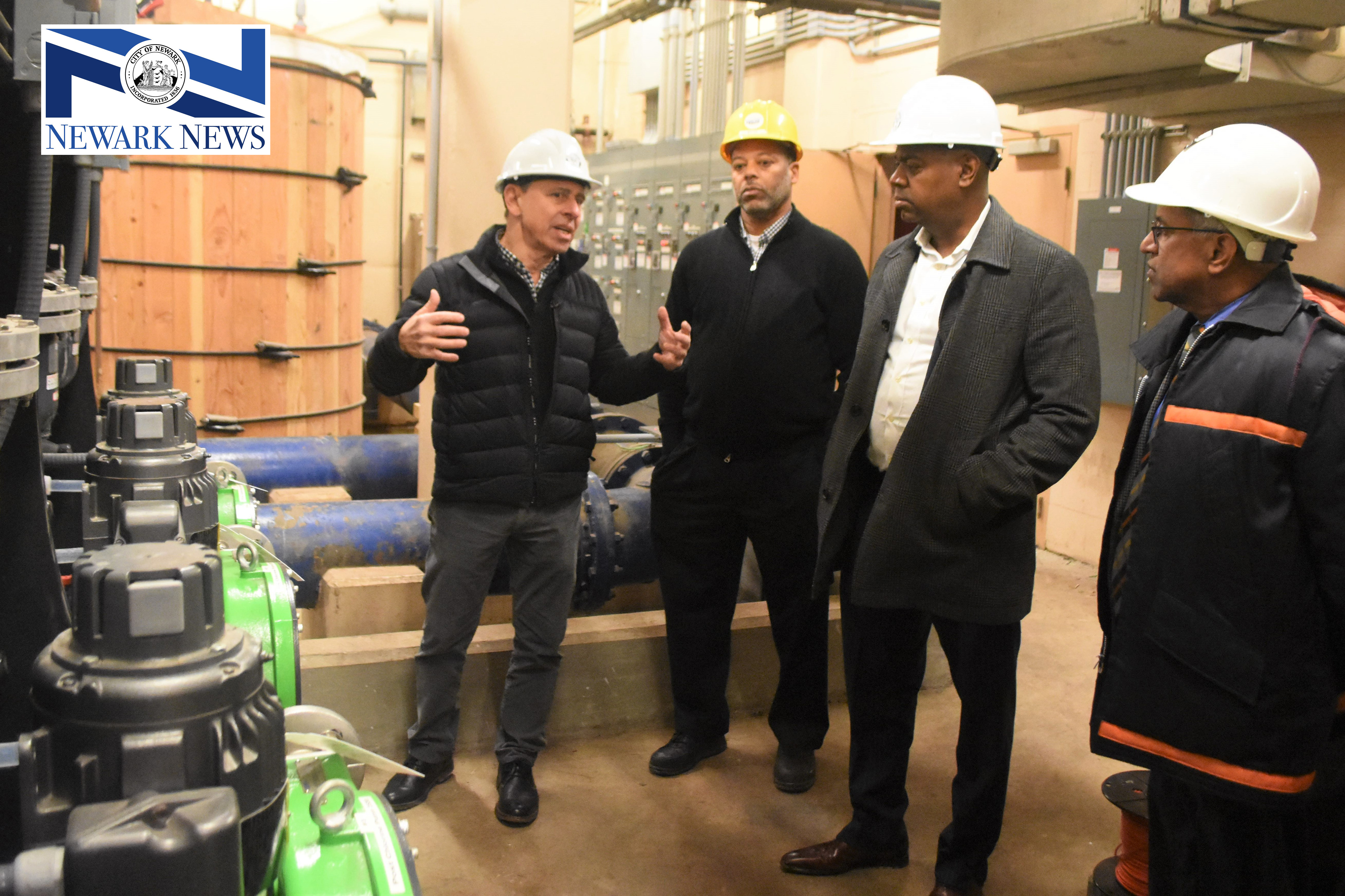 WEST MILFORD -- Newark Mayor Ras Baraka took a tour recently of the Pequannock Water Treatment Plant and the Newark Watershed to see part of the improvements and repairs to the City water and sewer system made during his administration.

These massive infrastructure improvements total about $160 million, and include more than $10 million for new filtration, chlorination and corrosion control distribution systems at the City’s Pequannock Water Treatment Plant. The plant was in desperate need of engineered facility improvements, and environmental upgrades when Mayor Baraka took over in 2014.

“We were basically handed a plant that hadn’t been upgraded in more than 20 years,” said Kareem Adeem, the City’s water and sewer director. “We inherited an ignored infrastructure.”

The Pequannock Water Treatment Plant draws from the City’s network of five reservoirs and rivers in Newark Watershed, which straddles parts of Morris, Passaic and Sussex Counties along Route 23.The five reservoirs – Charlottesburg, Oak Ridge, Canistear, Clinton and Echo Lake – are each about 1½ miles long and if combined, would rival the size of Lake Hopatcong, the state’s largest. These waters sources, fed by the Highlands brooks and streams and the Pequannock River, are the centerpieces of the 61 square-mile Newark Watershed, which is more than twice the size of the City itself (26.1 square miles).

“This is amazing,” the Mayor said as he overlooked the 500-million gallon Charlotteburg Reservoir and the dam that keeps it bottled up. “This is our pristine and protected water system. This is the beginning of where Newark gets its water from.”

A few minutes later, the Mayor stood on the metal-grate deck overlooking the dam, and the 75-foot drop into the roiling Pequannock River below, as Director Adeem explained the security measures to keep the water supply safe.

“We have three ATVs to patrol and we have a drone to fly over and make sure nobody’s on the water that shouldn’t be there,” he said.

One of the impressive improvements underway is the City’s new Watershed monitoring and management program, that gives the operations staff the ability to evaluate and then draw water from the reservoir or reservoirs with the highest quality, and send it to the treatment plant for processing and distribution.

“The natural chemical composition of the water is always changing,” said Jerry Notte, licensed treatment and distribution operator for the City of Newark. “We now have the ability to use the best water available to us, week to week.”

Other improvements include new processing and filtering that make the water cleaner, and the plant safer and environmentally friendly. These include a system that uses potassium permanganate to help reduce water disinfectant byproducts by reducing the need excessive chlorine. The city now manufactures its own sodium hypochloride on site at the plant, to replace gas chlorine, which was dangerous and expensive to transport and store.

“We are only one of two water systems in the state to do this,” Notte said. “What we are doing here is state of the art.”

A dissolved air flotation facility will remove minute suspended particles, organic material and natural bacteria before the water goes through the massive regular filters, Notte said, will make Newark “a leader in clarification and filtration practices.”

“I thought this would be boring but I actually found it exciting,” the Mayor laughed after having the mechanical improvements explained to him. “Newark has always been known for the quality of its water and we’re going to maintain that legacy.”