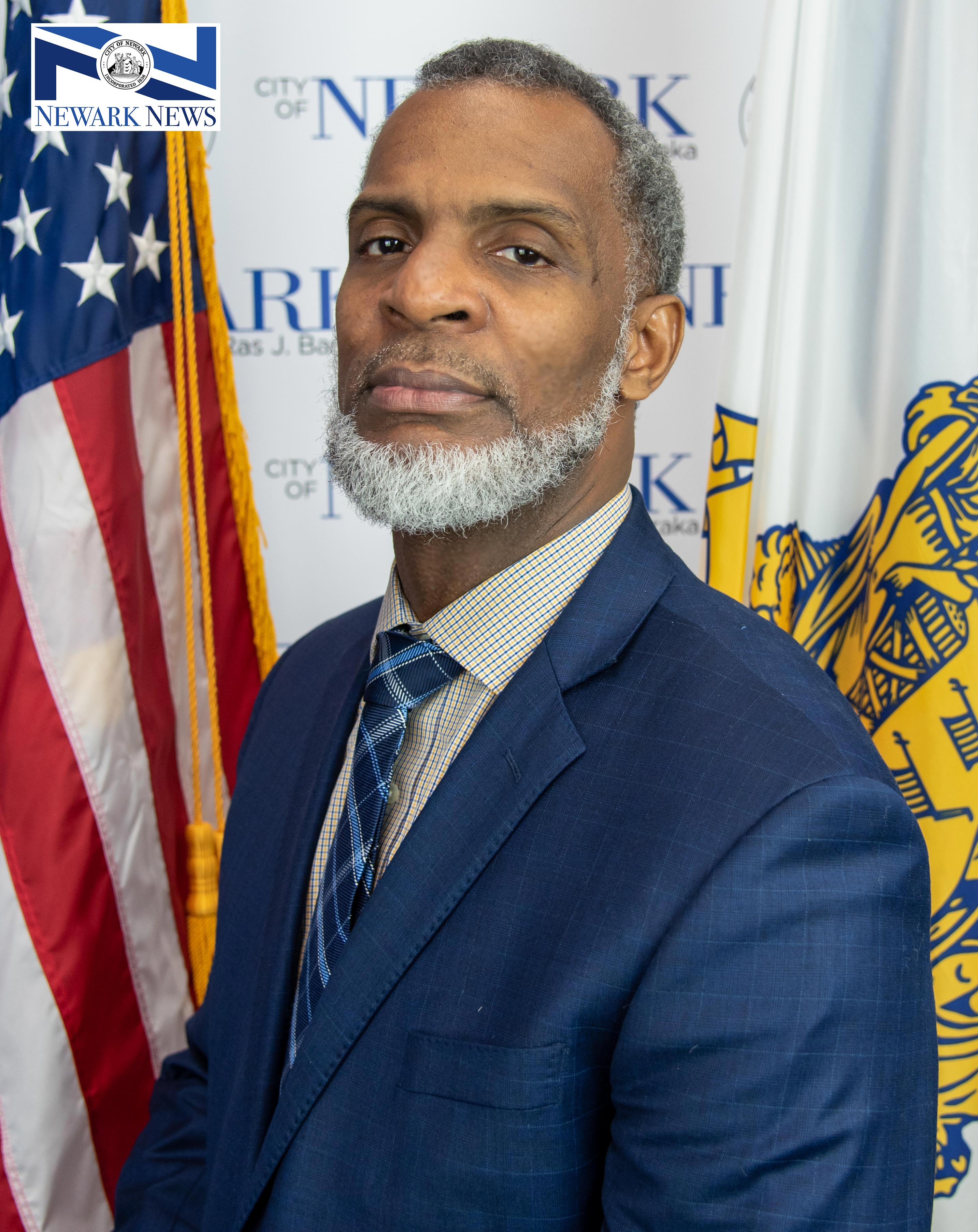 NEWARK -- When people talk about Kareem Adeem “working his way up” to become Newark’s newly appointed Director of Water and Sewer Department, they mean it literarily.

‍
Director Adeem was 20 years old in 1991, when he got seasonal work filling potholes for the City. Three decades later, he is the director of one of the City’s most vital departments.

‍
“I went up to (former mayor) Sharpe James at a ribbon cutting and told him I needed a job,” Director Adeem recalled. “So he put me on a seasonal crew.”
Director Adeem quickly impressed his bosses with his work ethic, and the Water and Sewer Department soon brought him on full-time.

Mayor Ras J. Baraka recently rewarded Director Adeem for his leadership and handling of the City’s lead exceedance situation by changing his title from “Acting Director” and promoting him to “Director.” He is charge of the massive infrastructure project of replacing all 18,720 lead service lines in the City. Contractors are currently replacing about 95 lead lines day and more than one-third are done less than a year after the first shovel went in the ground.
‍

“When I met Kareem I was really impressed with his capabilities,” said Jerry Notte, the City’s licensed water plant operator, who has worked for some of the biggest water companies in the state and country over a 40-year career. “His commitment to the City, his work ethic and his dedication are unparalleled. Nobody knows more about the infrastructure of this City than Kareem Adeem.”
‍

This is true.  From the trenches, Director Adeem worked his way up to truck driver, then acting supervisor of patch and fill work, the heavy equipment operator, then dispatcher for water and sewer crews.
‍

By 2002, another promotion had him handling bigger infrastructure projects, overseeing valve operations, locating and repairing leaks, planning installation of water mains and sewer pipes. These experiences led him to become the department’s public works boss in 2011, and became the assistant director of all construction and water and sewer maintenance in 2014.
‍

“I think I’ve shown our employees that with hard work and perseverance you can get to the top of whatever it is you do,” Director Adeem said.
Andrea Hall Adebowale named him assistant director of the entire water department in 2018, and when she passed away in November of that year, Mayor Baraka named him Acting Director in the midst of the lead situation.
‍

“Mayor Baraka stuck with me,” Director Adeem said. “He showed he had confidence in me and gave me all his support.”

Notte added that both Mayor Baraka and Director Adeem won’t settle for anything less than a “best in class” water operation. Under the Baraka Administration, about $160 million has been devoted to replacing old water mains and improving filtering and purifying systems – and that does not include the $120 million to replace all home service lines at no cost to residents.
‍

“We are doing something no city in the country has done,” Director Adeem said. “I’m proud to be involved and out in front of it.”
‍