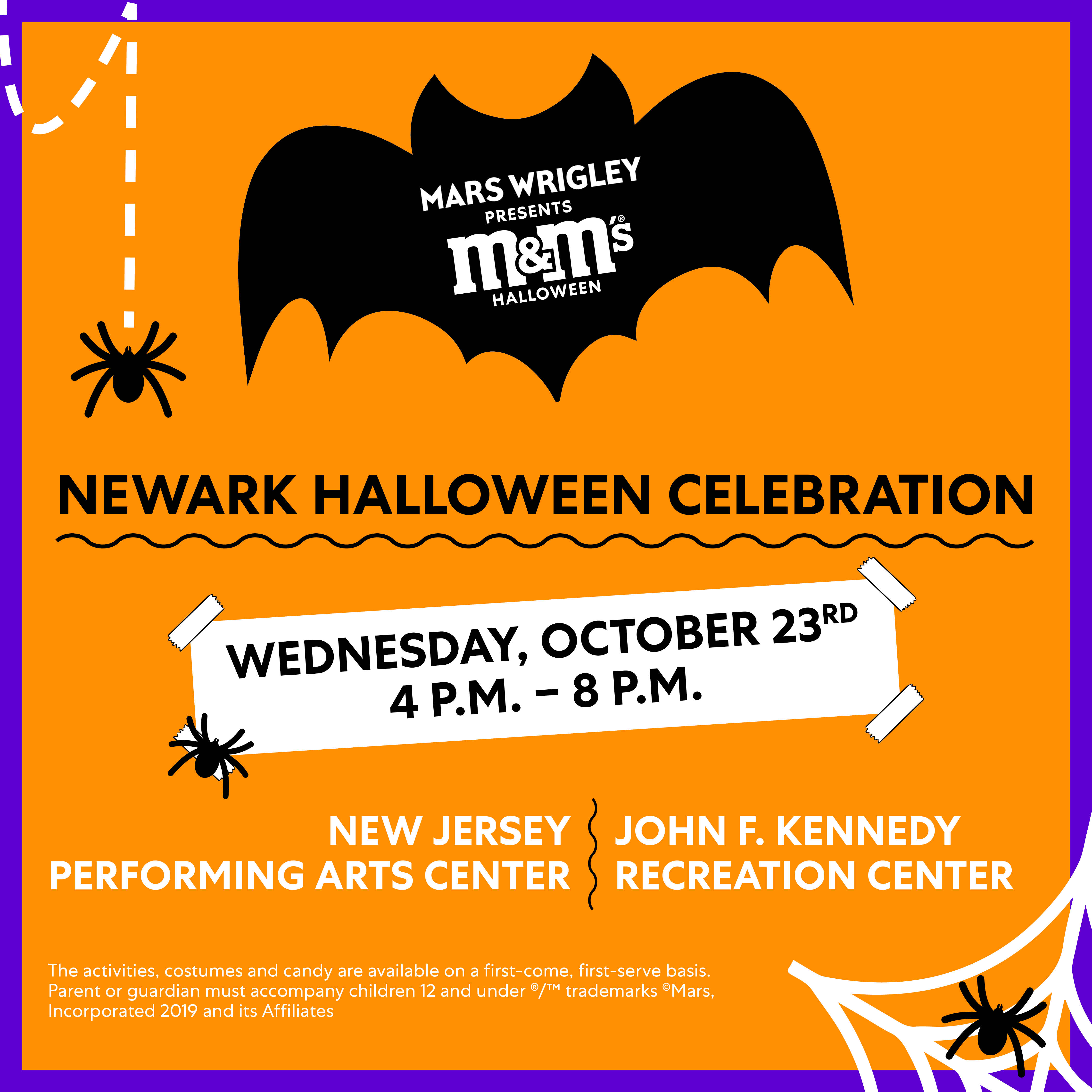 Mayor Ras J. Baraka, Director of Recreation, Cultural Affairs, and Senior Services Patrick J. Council, and representatives of M&Ms will give out free Halloween candy and costumes to Newark youth on Wednesday, October 23, from 4 p.m. to 8 p.m., at the John F. Kennedy Recreation Center, located at 211 West Kinney Street. The center’s entrance is on Howard Street, and it is located in the Central Ward.

At the event, there will be face painting, caricature drawing, balloonists, and other youth activities.

M&Ms has a direct connection with Newark. The candy was first produced here in 1941, at a factory located at 285 Badger Avenue in Clinton Hill, as a company called “M&M Limited.” The company was named for the two founders, Forrest E. Mars, Sr., and Bruce Murrie. World War II created an immense demand for the candy, as the candy was exclusively sold to the US Armed Forces, distributed in mess halls and included in field ration packs. As such, they became an iconic symbol of victorious GIs giving them out to liberated civilians in Europe and the Pacific.

As wartime production increased, the factory moved to bigger quarters at 200 North 12th Street in Newark, where it continued to make candy until 1958, when it moved to a bigger factory in Hackettstown. In 2017, Mars announced the return of some of its corporate headquarters operations in Newark, which will bring 500 workers to offices in the City by July of next year.

For more information, contact the Division of Recreation and Cultural Affairs at (973) 733-5483.