CITY OF NEWARK TO KICK OFF U.S. CENSUS NATIONAL RECRUITING WEEK WITH A HIRING EVENT FOR CENSUS JOBS 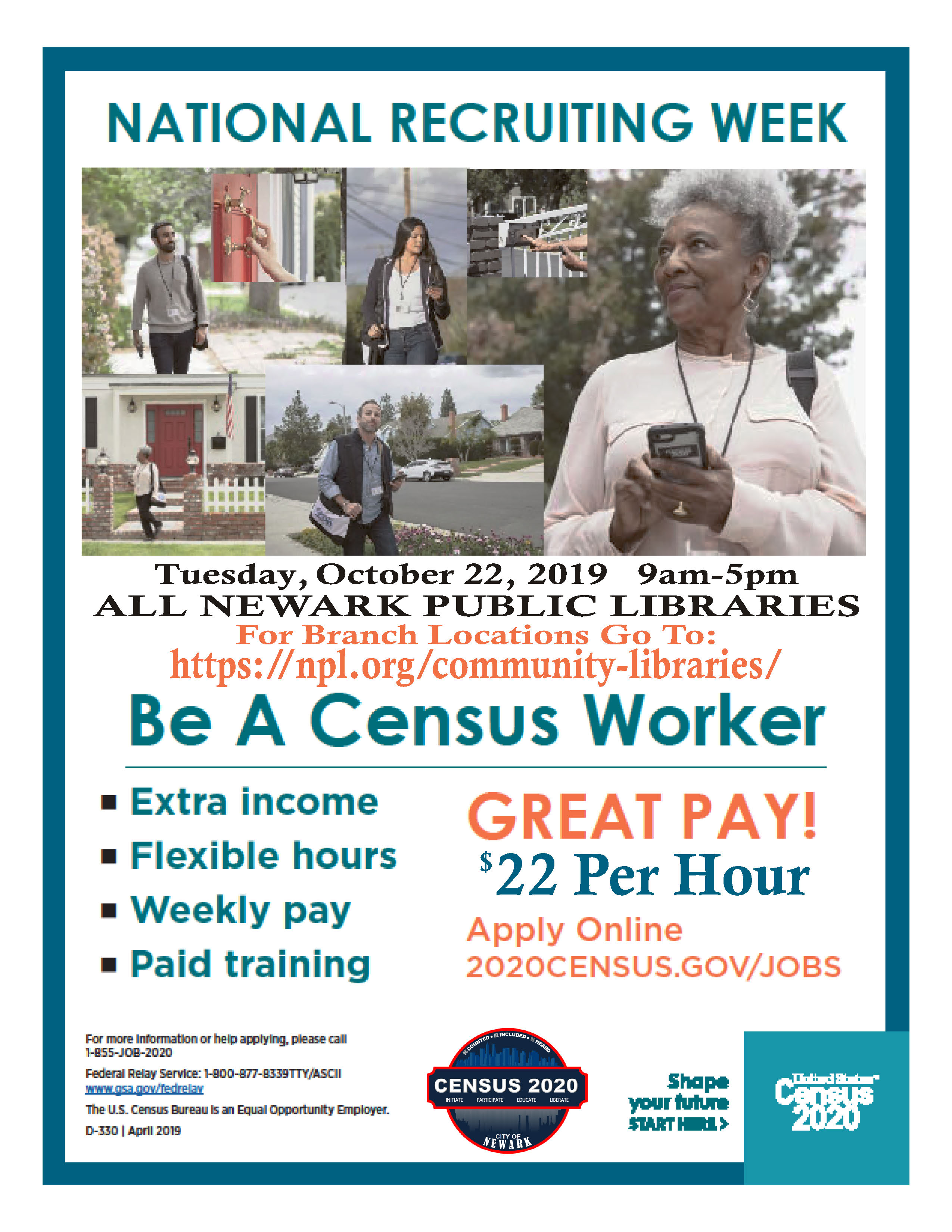 Mayor Ras J. Baraka, Deputy Mayor of Community Engagement Jacqueline Quiles, and the U.S. Census Bureau will launch the National Recruiting Week for Census 2020 job openings with the bureau, onTuesday, October 22, with a hiring event that day at the Newark Public Library and all of its branches.

The United States Constitution mandates that the exact population of the nation be counted every 10 years for apportioning Congressional districts and other purposes, including allocation of federal aid based on population. The Department of Commerce is tasked with this endeavor. Newark residents are being sought to take up part-time and full-time temporary positions with the Census Bureau in a variety of areas, including field enumerators and office staff.

“In this political climate, it is more important than ever that Newark’s population is accurately counted, so that our city and its residents can receive their fair share of federal aid and support, and we are properly represented in the U.S. Congress and State Legislature. This year’s Census effort will also give Newark residents an opportunity to earn money, gain valuable job skills, and serve their community and country. I urge our residents to make sure they stand up and get counted,” Mayor Baraka said.

“The 2020 Census is more than merely a population count,” Deputy Mayor Quiles said. “The voices of our residents must be heard in Trenton and Washington. The Census is taken once every 10 years. This counting will help set Newark’s course for the next decade,” said Deputy Mayor Quiles.

The City and the Library are teaming up to ensure that Newark’s population is accurately counted next year. For more information on this program, residents can contact Deputy Mayor Quiles at (973) 733-4310. A list of Library branches can be found at https://npl.org/community-libraries/