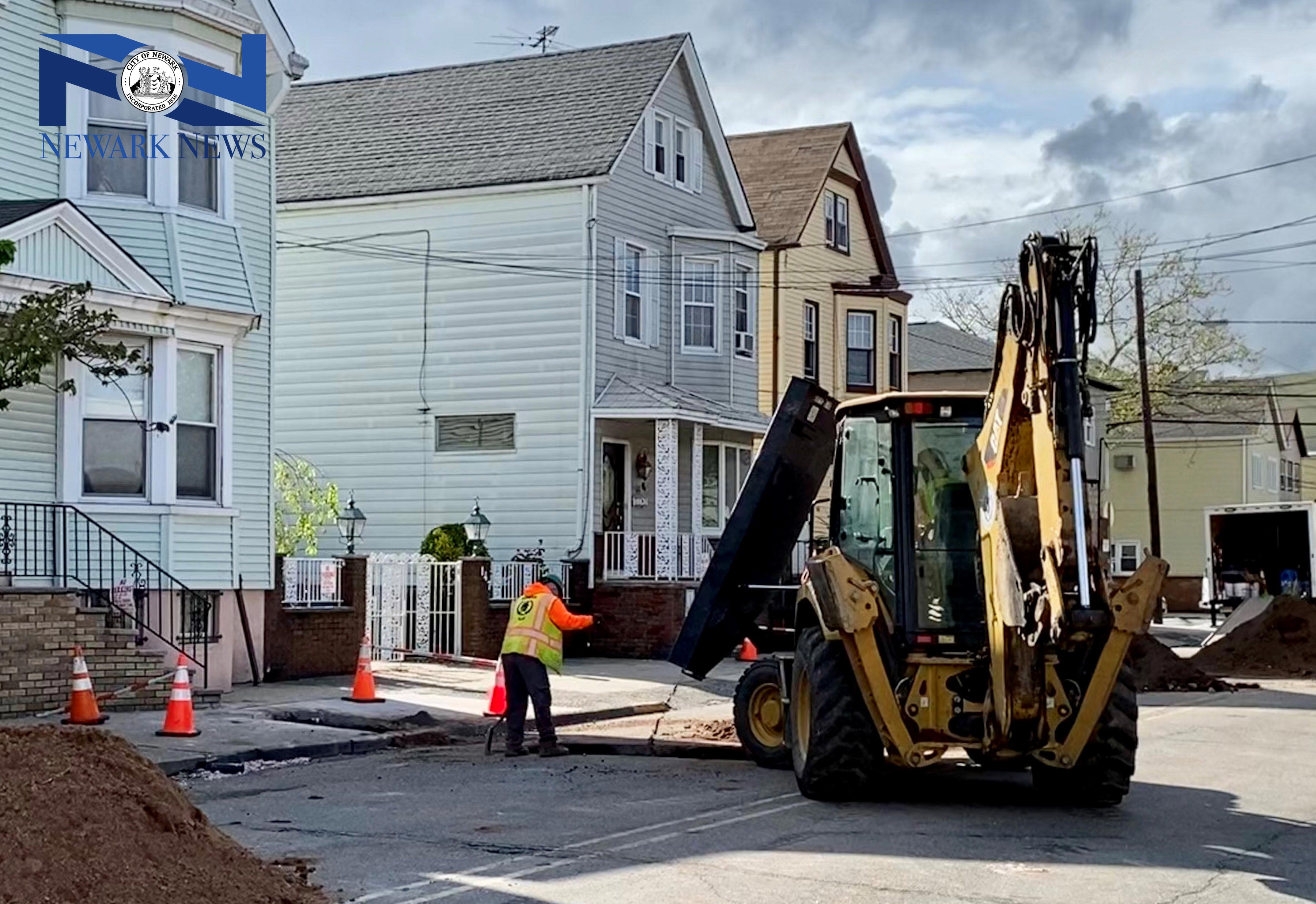 The mounds of dirt and rectangular trenches along Magazine Street in the Ironbound section of Newark were evidence of the efficiency of the City’s lead service line replacement program.

Among the dozen or so lines replaced by the crews along the street yesterday was a milestone pipe.

The 10,000th lead line replaced by the City went in outside a home in the 100 block of Magazine Street and crews from Roman E&G Corp., one of the City’s construction companies on the job, celebrated by making a little sign they leaned up against the house.

“This is the 10,000th lead line replaced since we started last March,” said Tiffany Stewart, the assistant director of Newark’s Water and Sewer Department.

“We’ve had good organization to move quickly down blocks and we couldn’t have asked for a better winter.”

The warm weather and systematic approach have the City on pace to replace all 18,720 lines well before the original estimated time of 24 to 30 months.

“We want people to know these guys are out here working, even through the Coronavirus pandemic. It didn’t slow us down a bit,” said Director Kareem Adeem. “This is a big milestone for the residents of Newark and we want to thank them for their help and support over the last year."