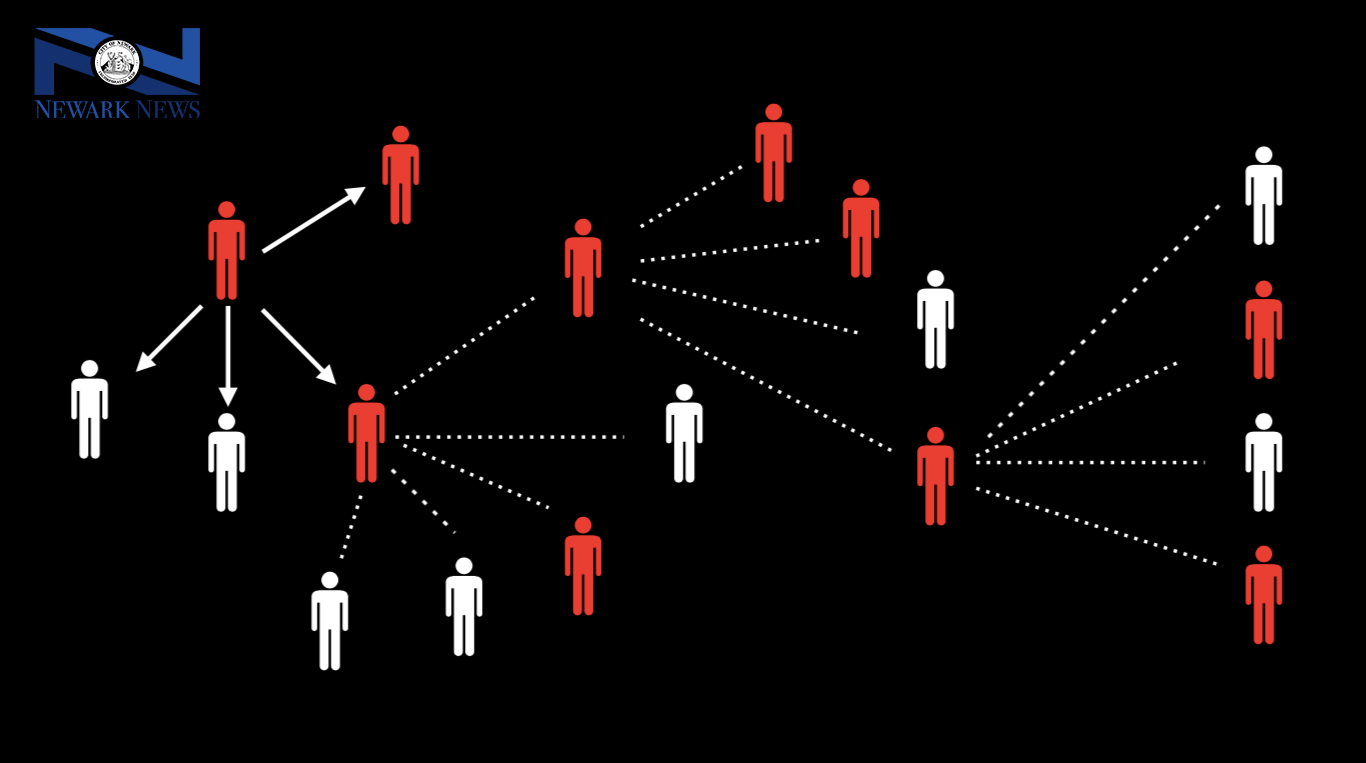 NEWARK – The City’s Department of Health is working with the Rutgers School of Public Health, City employees, and a team of local volunteers to start the process of tracing the person-to-person spread of COVID-19 in the City.

The Contact Tracing Task Force is one of seven recently formed by Mayor Ras J. Baraka in the ongoing battle against the disease. Other task forces include the continuously inspection of senior housing for sanitation, the collection and analyzes of COVID-19 data, the development of a testing program, and the exploration of funding reimbursement for the City’s emergency expenditures during the crisis.

“We have put teams together on every front to drill down on every facet of this crisis,” Mayor Baraka said. “Information is knowledge. We need this knowledge to know where we are being effective and what paths to take moving forward.”

The Contact Tracing Task Force work began Tuesday with hopes they can trace about 500 cases a day as the City has identified more than 5,000 people who have tested positive for the virus.

“This is what we need to truly understand this disease, how it is spread and what we must continue to do to stop it,” said Mayor Baraka. “Contract tracing is one of the most important weapons we have.”

Contact tracing has been used by medical scientists for almost 50 years to both understand and potentially inhibit the spread of infectious disease. The first global use helped eradicate smallpox in 1977 and has since been used to identify the source and spread of recent communicable diseases such as HIV, Ebola and SARS. Through contact tracing, a pandemic can eventually be brought under control.

Contact tracing is essentially detective work. Once an infected person is identified, tracers look backward to see the how they may have contracted the disease. Who were they with? What was the contact? Where and when was the contact? The tracers also look forward and find who the infected person had contact with to test them and put them under strict quarantine.

Medical experts say this why social distancing and shelter-in-place are the best weapons against highly infectious and dangerous diseases. Less contact between people not only slows the spread, it makes it easier to trace the disease.

Aisha Glover, the President and CEO of Newark Alliance, led the development of the five-stage process, which began over the weekend with training, and created the architecture to collect, manage and evaluate data. Priority populations, including the elderly, the medically challenged and frontline workers, will be the first people whose histories are explored.

“The purpose is to leverage the City’s existing infrastructure within the Department of Health, partner that with additional private resources and expertise to investigate and trace 100 percent of the City’s priority populations,” CEO Glover said. “Collectively, we will train contact tracers to perform in depth, high quality investigations and data management. This will provide the data necessary to isolate exposed populations and connect them to necessary services and accelerate the city’s ability to reopen.”

In addition to the Rutgers School of Public Health, the City is also receiving help for the MCL Amelior Foundation for operational oversight and strategic guidance and Partners in Health, a global medical entity, which will be evaluating Newark’s system. The technology platform will be developed by CommCare, a leader in data collecting systems.

“The goals of the program are threefold,” said CEO Glover. “First, to slow the spread of the virus. Second, to protect the most vulnerable populations, monitor populations difficult to track and clear frontline workers for continued work. Finally, this tracing will help us develop strategies on how, when and where to reopen businesses and begin our economic recovery.”