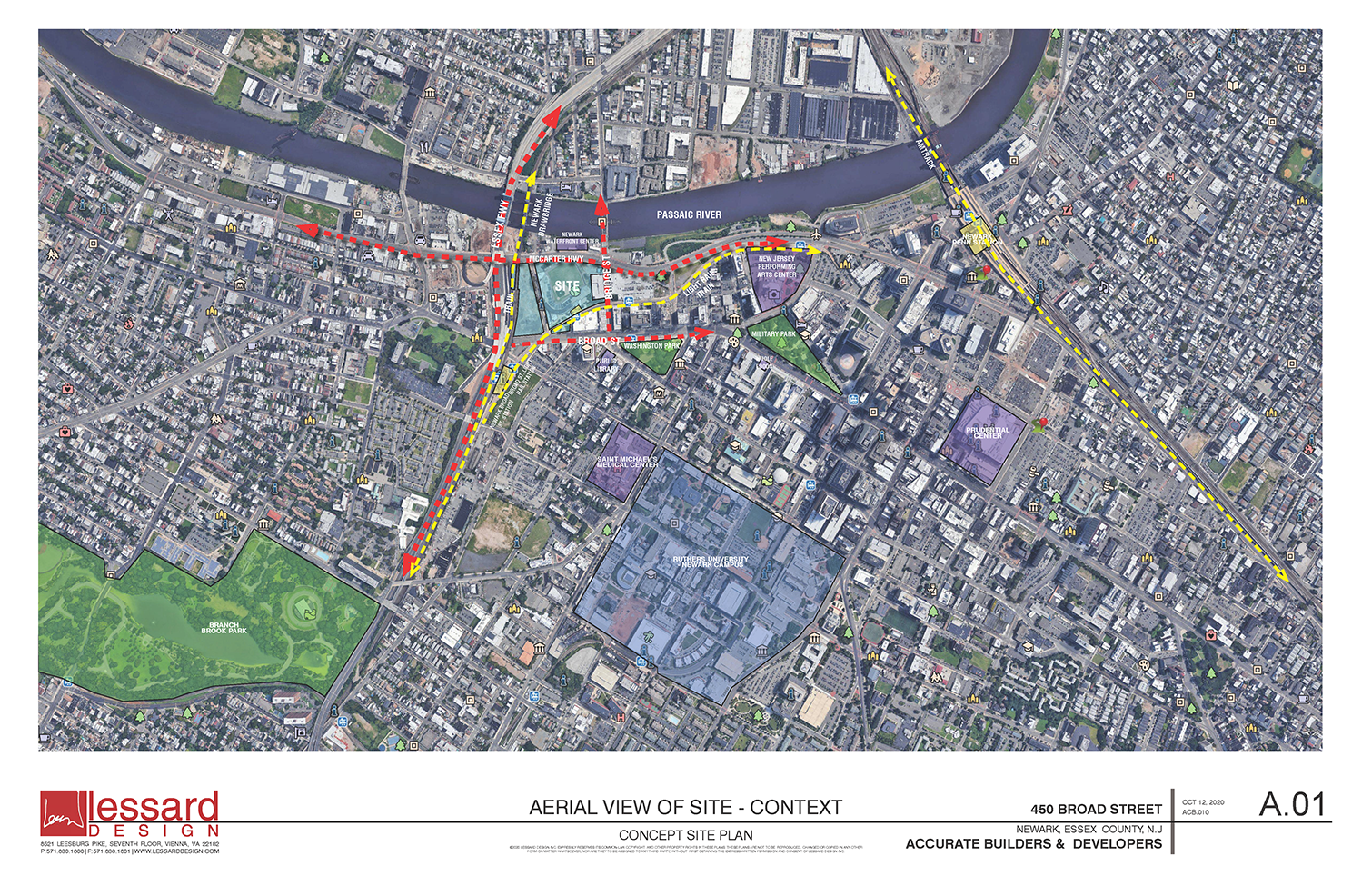 Newark, NJ – May 26, 2021 — After securing Municipal Council approval of an amended redevelopment agreement for the Bears Stadium site in April, a new developer has completed purchase of the property. The developer, May Newark LLC, an affiliate of Accurate Builders and Developers, proposed a mixed-use development plan for the now vacant site to be built in nine phases. It will consist of approximately 4,200 residential units; 200 affordable units; up to 3,000 parking spaces; at least 100,000 square feet of hospitality/destination retail; co-working space for small business, entrepreneurs, and free-lancers; and publicly-accessible green space.

“The redevelopment of the eight-acre Bears Stadium site is the kind of transformative project that comes along only a few times in a generation,” said Mayor Ras J. Baraka. “The additional housing, space for entrepreneurs and small businesses plus retail gets us closer to our goal of a vital, exciting, walkable 24-hour downtown. Additionally, the new construction training and apprenticeship component will open up well-paying union jobs for Newark residents and we will have made another giant step forward in our equitable growth strategy.”

“We are extremely excited to partner with the City of Newark to create the ultimate lifestyle destination within the largest City in New Jersey,” said Jack Klugmann, CEO of Accurate Builders and Developers. “We greatly appreciate the trust the City has put in us and we look forward to continue working closely with the Mayor and his team, as their efforts thus far have been the driving force, assisting in bringing this transformative project to fruition."

Unlike the previously approved plan, the new development will be built under the city’s Inclusionary Zoning Ordinance, which helps accelerate the development of equitable economic and housing development as Newark recovers from COVID-19. The project will now incorporate five percent of the units in on-site affordable housing and a $15 million payment to the City Affordable Housing Trust Fund to produce new housing in neighborhoods outside of downtown.

Josh Zegen, Managing Principal and Co-Founder of Madison Realty Capital, added, “This investment is reflective of Madison Realty Capital’s commitment to providing customized, flexible, capital solutions that support the growth and betterment of our communities. We are thrilled to work with Jack Klugmann and Accurate Builders & Developers and the City of Newark on this exciting, once-in-a-generation project that benefits the economic revitalization of downtown and will bring much needed high quality housing options to Newark’s hard-working residents.” Madison Realty Capital provided the financing for the project.

“I am proud to have worked alongside the talented Jack Klugmann of Accurate Builders and Developers as well as the City of Newark to help bring such an exciting and monumental project to life. The redevelopment of the Bears Stadium site will set a new standard for quality and convenience in the Newark market,” said Shaya Ackerman of Meridian Capital Group, who arranged the acquisition financing for this transaction.

A new feature of the plan is the developer’s commitment to payment of prevailing wages on 10 percent of the construction costs to ensure Newark labor and prevailing wages are incorporated into the project. In the original plan, a Project Labor Agreement was not required. A second new feature is the developer’s creation of a training, retention, and apprenticeship program for Newark residents to provide on-the-job training leading to apprenticeships with the goal of increasing enrollment of Newark residents in union jobs.

The developer will also invest no less than $2.7 million dollars for building trades work force training and retention which may be invested over each of the nine phases of the project, with a minimum of $300,000 in each phase.